Eating on the hoof is not cool 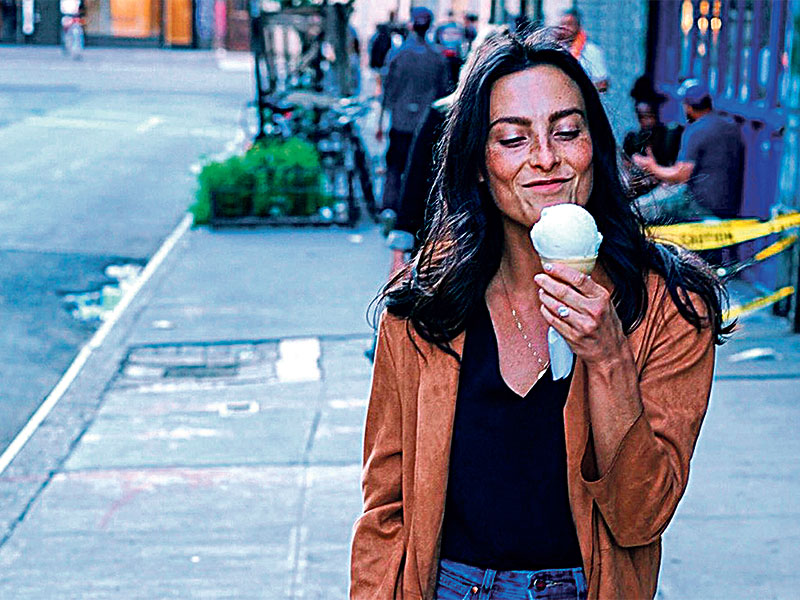 IN the centre of Benidorm’s Old Town is a hugely popular waffle shop. Large crowds gather round it clutching fabulous gofres covered with chocolate or hazelnut spreads and cream. LOTS of cream!

I give it a wide berth because a while back a guy stepped away from the counter and walked straight into me. I glanced down and saw his waffle firmly stuck to the front of my shirt. I accepted his profuse apology, but was not best pleased at having to go home to change.

Not far from Gofres Manneken Pis is a food outlet which attracts even bigger crowds who mill about shoving enormous slices of pizza into their gobs. I avoid this area too as a precaution against a repeat food collision.

Now call me old-fashioned but I have a strong dislike of people who eat on the hoof. It was drummed into me as a kid by my parents that one ate at home at a table.

With a knife and fork. Eating in the street was considered the height of bad manners.

Times have changed, but I’ve not. I cannot help being repulsed whenever I see people in streets chomping on burgers, kebabs or pizzas – all the while spraying bits of food into the air as they jabber to their companions.

Others share my distaste. On a very popular website called Mumsnet (‘by parents for parents’) I discovered a lively discussion around this issue. But I was startled to read these words: ‘It’s a UK thing though isn’t it? I have lived in the UK, Spain, France, Italy and now Switzerland and it’s only in the UK that there seems to be a problem.’

What utter baloney! People eat in public everywhere, and only this week I almost threw up on a crowded Benidorm bus as I watched identical twin sisters in their sixties tuck into a pizza the size of a ferris wheel and a bloody great tub of cold paella which gave off a nauseating aroma of fish well past its sell-by date.

I actually had to get off two stops before my destination to escape the stench. I was amazed that no-one else on the bus batted an eyelid as the obese sisters, wearing matching outfits liberally sprinkled with rice and pizza crumbs, chowed down.

This, I have to say, was the first time I’d ever seen people sit down to a full meal on a local bus. Sure, I’ve spotted folk snack on crisps and the like, and have no problem with that, particularly as the snackers invariably dispose of their wrappers responsibly.

The same can’t be said of those who travel on UK buses. Passengers there tend to treat buses like garbage trucks, and on my last visit to Brighton I slipped and fell when I stepped onto the remains of kebab dumped in the aisle.

One comment on the Mumsnet thread struck a definite chord: ‘Eating is civilised by the ritual of sitting down, using nice plates, cutlery etc. It’s about the ritual as much as the food. When you decouple food from the rituals that accompany it you could just be any animal filling its face.’

I couldn’t have put it better myself.