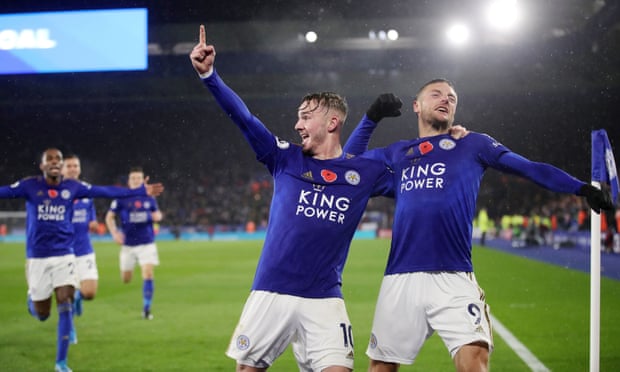 Leicester City under the management of Brendan Rodgers are again quite a force as they were when the won the Premiership title a few years back.

Last weekend they welcomed visitors Arsenal to the King Power Stadium who’s manager is under huge pressure to start getting results.

Form the start of the match Leicester City never looked in any trouble at all fully in control of the game at all times and it was a surprise that it was still 0-0 at half time.

Just after the break on 68 minutes we saw a lovely goal. Pereira made ground down the right and found Barnes, just inside the box. Barnes flicked the ball to Tielemans, who rolled a first-time pass across the face of goal, teeing up Vardy. He slammed into the bottom left, giving the Arsenal keeper no chance.

With 15 minutes to play Leicester City struck again when What  Vardy chased Praet’s right-to-left pass into the Arsenal box. He pulled the ball back for Maddison, who shifted his feet with a super-fast shuffle and immediately fired a low heat seeker into the bottom left corner of the net Leno the Arsenal goalkeeper had no chance whatsoever  It really was sensational improvisation.

last minutes of the game though were a concern for Leicester as Vardy looked to have hurt  his shoulder, upon falling. He winced in pain, a blotch on Leicester’s otherwise perfect day. But he insisted on playing on.With an international break coming up, he will have time to recover and continue on Leicester’s dynamic front line.

It was an easy 2-0 victory for the Foxes and make no mistake, Leicester are in the title race. They’re very easy on the eye to watch too as a neutral watcher-playing great football under Brendan Rodgers as the title holders from 2015/16 season move into 2nd position of the table.

After the game Arsenal manager Unai begged for more time, he said

“ Our priority was being consistent … we created some chances … I thought in the first half we played well, and had opportunities to score and win the match … the players worked and had very good attitude … if we scored the first goal we could control, but we didn’t do, and they did … our priority is to win the next match at home … we are behind Leicester and Chelsea, but we must take confidence … in 38 matches, little by little, we will get better … we need time, we changed a lot of players … we are ambitious but we need time.”

Although Arsenal aren’t a club for sacking managers quickly the board maybe thinking they got the wrong replacement for Wenger with rumours circulating amongst supporters that one ” Jose” is being lined up.