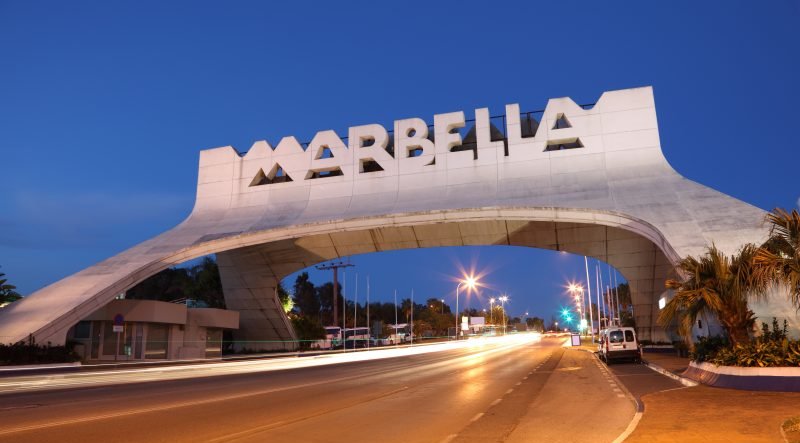 Market in Marbella: Real estate is predicted to experience a slight crash but quick recovery.

A BULGARIAN man has been arrested in Marbella accused of being involved in a car theft ring on the Costa del Sol.

The 45-year-old has been charged with theft, false documentation, illicit traffic in vehicles and membership of a criminal organisation.

An operation into the ring recovered four luxury cars that had been stolen in Switzerland, Martos (Jaen), Torrox and Fuengirola and finally led to the detained man.

According to the investigations, each gang member played a specific role within the organisation. Some were responsible for locating the cars, others were responsible for stealing them them and storing them in a safe place and finally they would be sold, usually to drugs traffickers in Cadiz.

The investigation began in January of this year. Specialised agents located a high-end SUV with fake license plates in the private outdoor car park of an urbanisation in Mijas.

Investigators found that the car had been stolen in Martos. The vehicle had been parked there by three individuals who then left.

First inquiries revealed a criminal organisation specialising in the theft of luxury cars for subsequent sale to drug traffickers in the province of Cadiz. The network, in this case, used a private outdoor car park as a safe place to “cool” the stolen car.

Police launched an operation with the aim of identifying and locating the people involved in the criminal plot. A few days later, the investigation team located the vehicle parked in the interior car park of a building in Algeciras.

Next to this one, there was another car identical in its characteristics, and also on false plates. This car had been stolen from Torrox in August of 2018.

At the same time, last October 10, the theft of a luxury car was reported at Fuengirola police station.

The car had been taken during the night in Marbella. The investigations led to the suspect – now arrested – who had allegedly also been involved in the theft of the first car.

A few days later, on 29 October, he was located in a bar in Marbella and was then arrested. As a result of this arrest, the agents recovered another stolen vehicle that the detained man had parked nearby.

According to the investigation, the arrested person worked for various organisations and criminal gangs stealing cars to order.