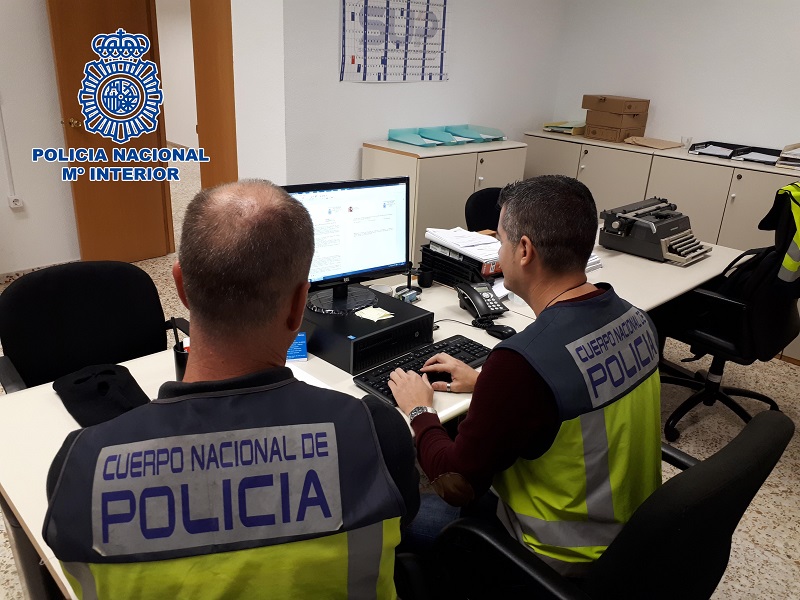 FAKE INCIDENT: Police said the detainees orchestrated a staged attack in a pub on a Moroccan woman by a man pretending to be her partner.

POLICE in El Ejido have uncovered a scam to gain Spanish residency based on false gender-based violence claims.
Five foreign citizens are under arrest as part of the investigation into an organised gang which was dedicated to organising the acquisition of permits to legally stay in the country through reports of fictitious stories of gender violence so that the Almeria Foreigners’ Office would award provisional residency due to exceptional circumstances.
Police first launched the investigation in July when one of the detainees, a Romanian identified as E.A.B., put another Romanian, H.Z., in contact with a Moroccan woman who did not have Spanish residency.
According to the police, they agreed that H.Z., who is one of those detained, would be paid €1,500 for pretending to be in a romantic relationship with the Moroccan. Following instructions, he went to an El Ejido pub one night where the woman was waiting for him, and there, surrounded by a number of witnesses, he physically attacked her.
She then had to report the incident to police, confirm they were in a relationship and pay the fee to the Romanian.
Police also arrested two Moroccan citizens who had been responsible for bringing the supposed ‘abuser’ to Almeria from Lleida in Cataluña and for putting him up in a property in Santa Maria del Aguila in the days prior to the false gender violence claim.
Police said the five have been charged with belonging to a criminal organsation, crimes against the rights of foreign citizens, simulating a crime and for making false reports.
They also said the investigation remained open and had not ruled out further arrests