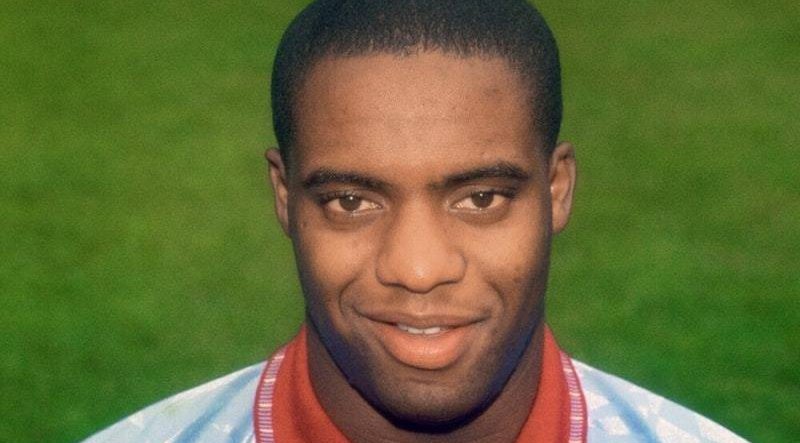 A COURT ORDER protecting the identity of the two West Mercia officers charged in connection with his death has been lifted by a judge at Birmingham Crown Court.

The striker, who also played for Sheffield Wednesday and Ipswich, died after he was restrained by police and Tasered at his father’s house in Telford, in 2016.

His family claimed after his death that the device was deployed at least three times.

Officers had responded to an emergency call after Atkinson, 48, went to his father’s house late at night and a row broke out. Atkinson’s brother had attacked their 85-year-old father, Ernest, at his home before police were called to the scene. West Mercia police said officers were called over concerns for the safety of an individual, and they then deployed the stun guns.

Officers used excessive force during the incident on 15 August 2016 in Telford, Shropshire, in which a Taser was fired at Atkinson.

Efforts by medics, including 35 minutes of CPR, could not save him, and he was pronounced 90 dead minutes after police were called.

Both officers were present at the hearing, at which their lawyers agreed that anonymity could not be justified, instead arguing that their home addresses should not be revealed in media reports.

A further hearing will be held to decide the issue of addresses on Thursday.

Monk, 41, is accused of murdering the former Premier League star. He faces an alternate charge of manslaughter.

The Independent Office for Police Conduct placed the two officers under criminal investigation days after the tragedy.

They were interviewed under caution, most recently last summer, and also served with “gross misconduct” notices.

Lawyers for the two officers successfully argued for their names and addresses to be kept confidential, claiming their “right to life” could be “infringed” if publicly identified

But that reporting restriction has now been lifted after a further hearing.

Kate Maynard, a solicitor for the Atkinson family, said they welcomed the charges against the two officers

But she added they “regretted that already more than three years have passed since Dalian died”.