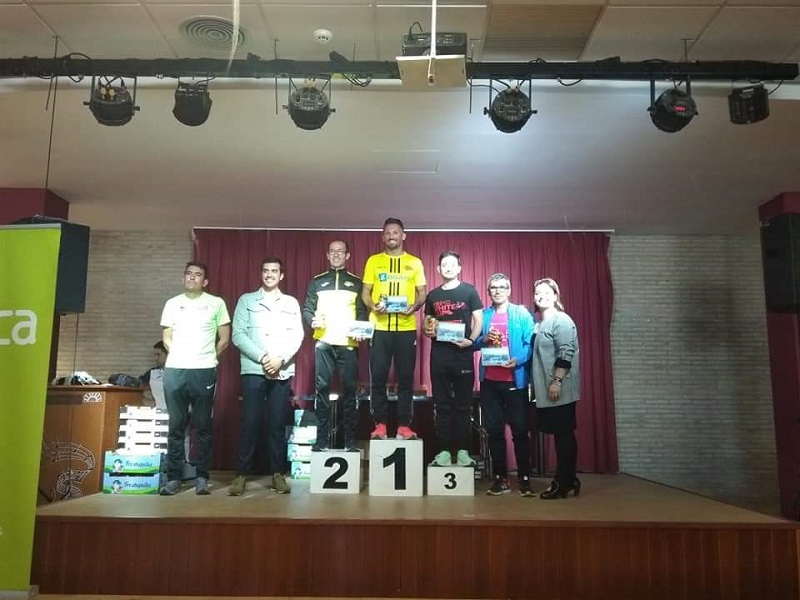 THE seventh Mojacar Half Marathon and the ‘Ciudad de Mojacar’ race proved to a winning sporting occasion.
Organised by Mojacar council’s Sport department and the Puerto Lumbreras’s Nogalte-Hogar Athletics Club, last weekend’s sports fixture attracted 620 amateur and professional runners, 100 more than last year.
Participants in the half marathon covered 21,097 metres on three laps of the circuit prepared by the local authority, which went alongside the Paseo del Mediterraneo. The seven-kilometre Ciudad de Mojacar meant one lap, or 7,097 metres to be precise.
The virtually flat circuit also had skaters and Joellete chair athletes joining in on the scenic coastal route, which started and finished at the Best Oasis Tropical Hotel in Marina de la Torre.
Prizes went to the first three in all 10 of the half marathon male and female categories. There were also trophies for the first five local runners, a commemorative trophy for the oldest athlete to cross the line, as well as team trophies, and awards also for each of the five categories in the seven-kilometre race.
Mojacar Sports councillor Ana Garcia Fernandez did the award presentation honours at the end of the events, which the council reported went totally to plan and were incident-free.
Ciudad de Mojacar winners were: Andres Palma (EDM Huercal-Overa, Sabina Rico (Nogalte- Hogar Puerto Lumbreras), EDM Huercal-Overa (men’s team) and RealRunning (women’s team).
Half marathon winners were:  Ennio Constantino (C.A. South East), Esther Galver (C.A. South East) and C.A. Southeast (men’s team).
The seven-kilometre Inline Skate winners were: Jorge Vitores (CPV Malaga) and Alicia Garcia (Club Patinajenfila Cartagena CPC) with Fabio Manuel Martinez (C.D. Patin Speed Alboran), Maria Garcia (CPV Malaga) and CPV Malaga (team) leading the half marathon.
As for the home runners, first with an excellent time in the 21-kilometre was Ennio Constantino with Amalia Gonzalez fastest woman in the seven-kilometre.