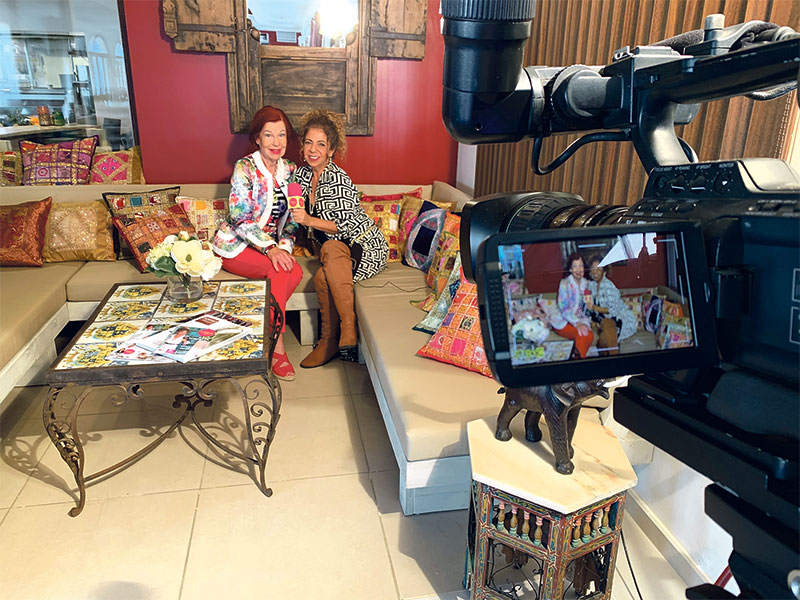 MANY think that Marbella Now TV is just for the English, but it’s not.  It’s for everyone who speaks English as a common language to better communicate within our city. Two weeks ago we had quite a few Dutch guests; not planned as such, but very cool and this week another happy coincidence, a prominent Swedish line-up.

Although I’ve saved my interview with Karin Ehnbom-Palmquist for next week’s show #MN239 we recorded her interview together with another emblematic figurehead of our Swedish community, Monica Tinggard, current President of the Marbella branch of the Swedish Women’s Educational Association – ‘SWEA.’

It never ceases to surprise me as to how many Swedes actually live in Marbella and along the Costa del Sol; officially some 40,000 as I understand it.  It’s no wonder that this international community has its own well-established businesses, services and associations, often linked to and also of considerable significance to the homeland.

I first met Karin back in 2017 thanks to Anita Noordzij’s introduction when she was visiting Spain as Ambassador and General Secretary of Swedes Worldwide – Svenskar I Världen – to promote the interests of Swedes abroad.

Not only did I get the opportunity and honour to enjoy another interview with Karin again last year when she paid Marbella another visit, but I also got to interview her husband.

I really wanted to know how life had been for him as ‘husband to a Swedish Ambassador,’ following her from country to country throughout her official career as Ambassador to Mexico, Australia and New Zealand, and also whilst she served at the Consulate General in Chicago, the Embassy in Bonn, as head of the Swedish Information Office in New York City or when Second in Command at the Embassy in Caracas, Venezuela. Not to mention whilst she handled being the Chief of Protocol at the Swedish Foreign Office.

It couldn’t have been easy at first when it was truly a man’s world, but his pride in her accomplishments was apparent, as was his pleasure at having spent a lifetime by her side. He is certainly charming, interesting and has his own charismatic presence, so it is truly heart-warming that they choose Marbella to spend time together, back again this year to enjoy more sun, their friends and our city.

I don’t know if it was love at first sight for Karin and her husband but I do know that from the first moment I met her I was smitten. She was so down to earth and open, she loves bright colours and emanates a quiet confidence that just makes you want to spend more time with her.

I just had to invite her back to the show again this year for a catch up and another dose of her elegance and eloquence.

If you miss the broadcasts on RTV Marbella they are available online, so you can meet these lovely Swedish ladies also simply by surfing!