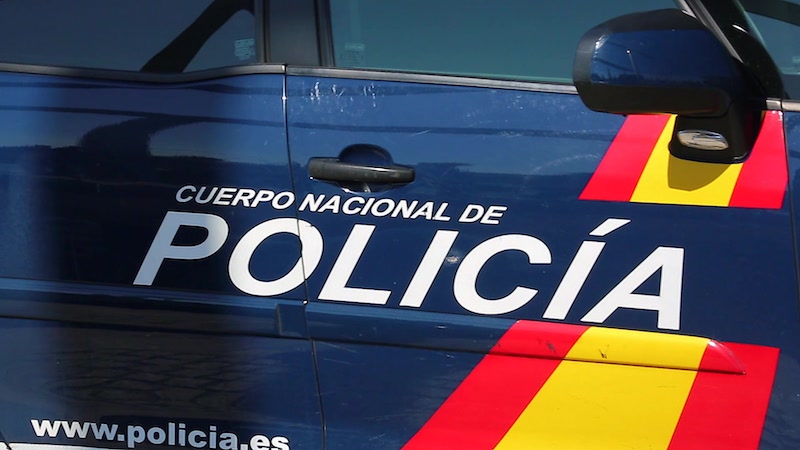 an allegegdly bit off 3cm of partner's lip. ARRESTED: The womCREDIT: Policia Nacional

AGENTS from Palma National Police have charged 40 people this year for allegedly lying that they have been a victim of a crime.
In all of the cases, the National Police have revealed that they are people who have reported robberies with violence that never occurred, and generally their motivation is to defraud an insurance company.
Those responsible for these events are generally victims of a theft or have lost valuables, often high-end mobile phones. They contact their insurance company and after discovering that their policy does not cover this type of event and only violent theft, they make a complaint at the National Police to be able to present their insurer with a copy of the report to claim the amount of the allegedly stolen property.
Officers believe that the people who commit this type of deception are generally young, although an 83-year-old woman was recently arrested for this crime.
Out of the 40 people charged, 34 have been subsequently arrested. This is an increasing number, since in 2017 there were 25 fictitious complaints, while in 2018 there were 31 cases of this type.
When making a report at the Palma Complaints Offices, people are warned beforehand that pretending to be a victim of a criminal offense is in turn a crime. Lying about a crime usually results in receiving a penalty, but can be punishable by six months to three years in jail, an outcome that rarely happens for those that commit these types of felonies.
Discovering these imposters is a priority for the National Police, since every hour dedicated to investigating false cases is an hour that is not spent on investigating legitimate victims of violent robberies.
For this reason, the National Police have taken on specialists to examine these types of events, whose expertise allows them to quickly discover what is a fictional event, gathering evidence that points to the content of the complaint not corresponding to reality.
The Police also make use of the VeriPol computer application, which detects false allegations filed in cases of robberies with violence or intimidation and which has an accuracy of 90%.