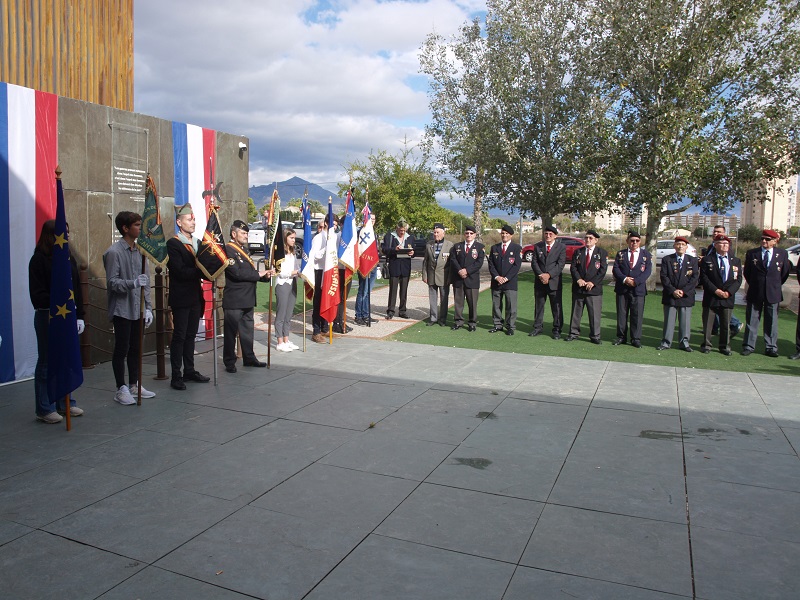 THE French and Spanish communities came together in El Campello to mark the anniversary of the First World War.
Representatives from the consular staff, the Spanish authorities, the French and Spanish military and Alicante International Lycee Français staff, students and parents gathered at the high school in El Campello to celebrate the occasion in a highly moving ceremony.
Organised by the French Union of war veterans resident in Spain and by the French consulate in Alicante, the ceremony included the singing of the European, Spanish and French anthems.
Acting Mayor Lourdes Llopis and Public Safety councillor Rafael Galvañ were there to represent El Campello council.
In her speech Llopis referred to the drama the so-called Great War and subsequent conflicts represented for the whole world, and expressing hope it would never be repeated.
“It is true that whoever does not remember their past is condemned to repeat it”, she commented.
“I am luck to belong to a generation which has grown up in in peace, and although the verb could seem incongruous, I will always fight with all my strength so this is how it will be for the generations to come.”
The acting Mayor went on to quote Roosevelt, “It is not enough to talk about peace. One must believe in it. And it isn’t enough believe in it. One must work at it.”