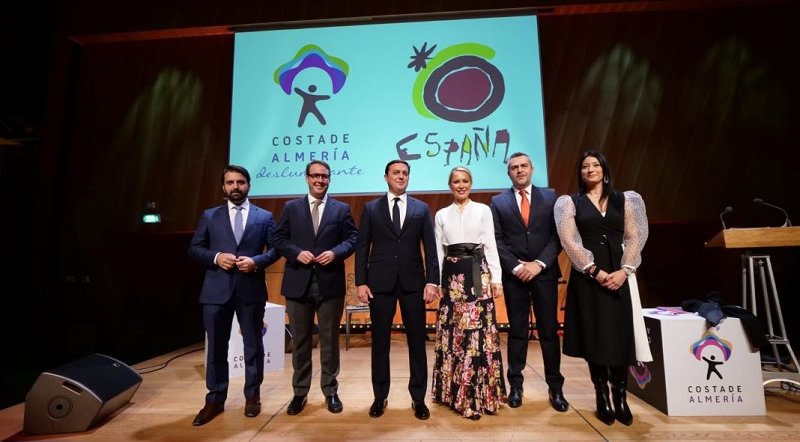 THE Eiffel Tower in Paris was the spectacular location for an important promotional event aimed at highlighting the attractions of the Costa de Almeria to the French tourist market.
The provincial government delegation made a presentation to some 100 French travel sector professionals in the iconic monument, Diputacion President Javier A. Garcia telling them Almeria “is the only European continent destination where you can enjoy four seasons in just one day.”
The presentation marks what the Diputacion said is the beginning of a new stage in the relationship between the province and France.
The event, which was attended by dignitaries including Paris city councillors, the director of the Instituto Cervantes in the French capital and the UNESCO ambassador, as well as journalists from Le Figaro, Le Parisien, Le Monde and France Television, began with the Diputacion President thanking everyone there for their support in perfect French.
“In the last eight years we have opened up the international market for our province, duplicating the number of destinations which connect us with the world”, Garcia told them, pointing out there are currently air connections between Almeria and 36 cities in a dozen countries.
Going on to outline what makes Almeria an increasingly fashionable holiday choice the provincial government head explained, “in Almeria you can be on an unspoilt beach and in less than an hour enjoying the snow, passing through the only desert on the continent.
“What’s more, we have a broad offer aimed at all segments: active and nature tourism, cinematographic, science and gastronomy. A wide, sustainable diversity, which is looked after and of a very high quality.”
He continued, “Spain is the top international destination for the French market, and we are convinced that our province can be the preferred location where tourists will find the experiences they are looking for on their holidays.”
Garcia emphasized the support of the Spanish Tourist Office in Paris, which organised the event.
Tourist Office director Tatiana Martinez Ramos meanwhile thanked the Diputacion “for bringing the magic of the Costa de Almeria destination to the heart of Paris.”
She was, she said, convinced that French tourists “are going to fall in love with this province as we have who work in this office.”