Don’t beat about the bush 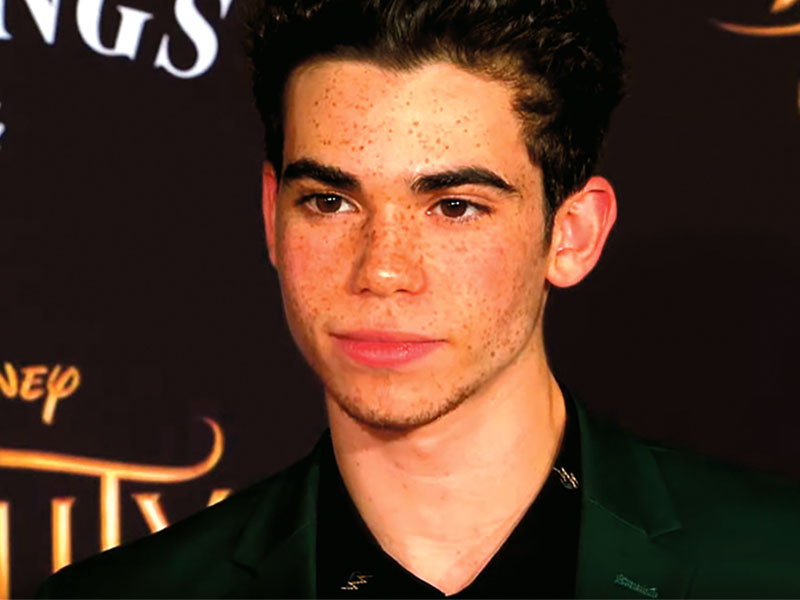 CAMERON BOYCE: Tragically died at the age of 20 earlier this year.

IT was one of those ‘gosh, how time flies’ confabs that normally bore the hell out of me. But on this occasion I was the one who sparked the discussion when a friend said how sad it was that Cameron Boyce, loveable star of the Disney Channel franchise Descendants and the TV series Jessie had tragically ‘passed away’ aged just 20 earlier this year.

As someone who dislikes euphemisms with a passion, I snapped: ‘He didn’t pass away. He died!’ And, to emphasise my hatred of phrases used to disguise uncomfortable truths, I quoted the hilarious exchange between John Cleese and Michael Palin in Monty Python’s famous ‘Dead Parrot’ sketch.

Returning the bird to Palin’s pet shop, Cleese says: ‘It’s bleedin’demised. It’s passed on. This parrot is no more … It’s rolled down the curtain and joined the choir invisible. This is an ex-parrot!’

The only euphemism not used to describe the deceased bird with its ‘beautiful plumage’ was ‘it’s now with Jesus.’ Cleese – an avowed atheist – should have included that line to wind up the godly in general and Christian anti-blasphemy campaigner Mary Whitehouse – arch-enemy of the corporation – in particular.

‘Wow,’said the fella with whom I was chatting. ‘I remember that sketch like it was yesterday. Twenty-five years, ago, wasn’t it?’

I pointed out that in fact it was 50 years ago. Predictably, he said ‘gosh, how time flies.’

I then rattled off a number of other euphemisms that profoundly irritate me. The worst has to be ‘enhanced interrogation,’ a term used by Dick Cheney, George W Bush’s Vice President from 2001 to 2009, to describe something he clearly approved of: torture.

Another is ‘collateral damage,’ a term adopted by the US military in the mid 20th century to describe unintentional damage or deaths that occur in battle.

The Phrase Finder website says: ‘Only the US military, with their reputation of obfuscation, could translate ‘innocent people were killed’ into ‘damage was caused nearby’.’

While I greatly appreciate folk not beating about the bush, I detest those who use outrageous hyperbole to overstate various issues.

Cue the imbecile Donald Trump. When Abu Bakr al-Baghdadi died last month, Trump sounded like a bombastic playground bully when he declared the terrorist was ‘whimpering and crying and screaming all the way’ to his death.

I shuddered when I heard the vile narcissist’s gleeful and ghoulish statement, then wondered how he knew so much of the Daesh leader’s death so soon after it occurred.

The fact is he didn’t! At the beginning of November The Independent reported that he made the whole thing up. It reported: ‘The Secretary of Defence, the Chairman of the Joint Chiefs of staff and the Regional Commander who oversaw the operation that killed the leader of Daesh all say they have no idea what the President was talking about.’

Am I surprised. Hardly. When Trump’s lips move, you can be certain he’s lying. By the way, the euphemism for a lie is a ‘terminological inexactitude’ – a term created by Winston Churchill in 1906.