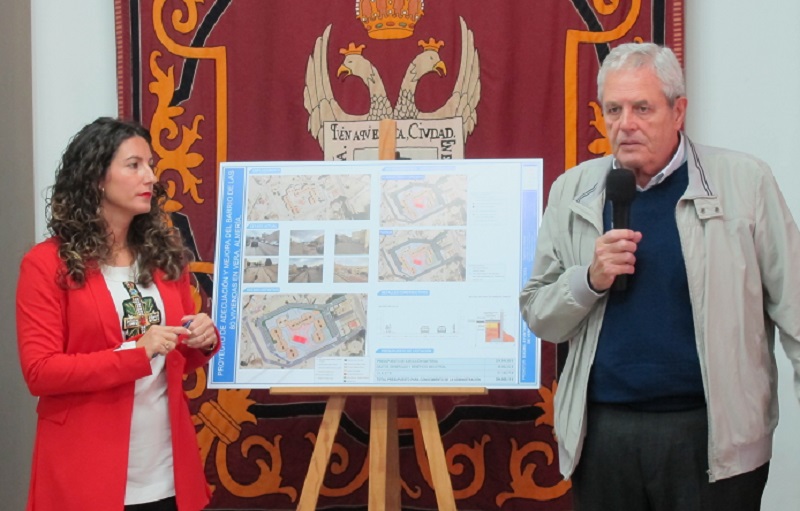 A RUNDOWN district of Vera is sent to undergo a series of improvements thanks to a nearly €300,000 investment in the area.
Presenting details of the 80 Viviendas project, Vera Mayor Jose Carmelo Jorge Blanco explained it was one of the most disadvantaged parts of the municipality and said this would be the first major investment in the area of eight buildings since they were built by the Junta de Andalucia in 1979 as housing for low-income families.
According to the council the 80 Viviendas neighbourhood is today in a state of abandonment and deterioration, which requires urgent intervention and improvements to infrastructure.
Public Works and Town Planning councillor Belen Carnicer said the local authority’s “intention is that anyone living in Vera is a first-class citizen, whatever neighbourhood or area they live in.”
The works will focus on cleaning up and disinfesting all the roads in the district and repairing and replacing paving, which is currently riddled with cracks and potholes. In addition, a passageway will be opened up for local residents on a cul-de-sac.
Further actions will include repairing walls and railings in a poor state of repair, and cleaning, repair and improvement works on the drainage systems.
Also planned is the installation of street lighting.
In the communal zone, cork flooring will be installed in the children’s play area, the sports ground surface replaced and facilities for playing basketball and football added.
“Our aim is that the families can enjoy their district and have a park, parking areas, lighting and basic infrastructure which they did not have before.”