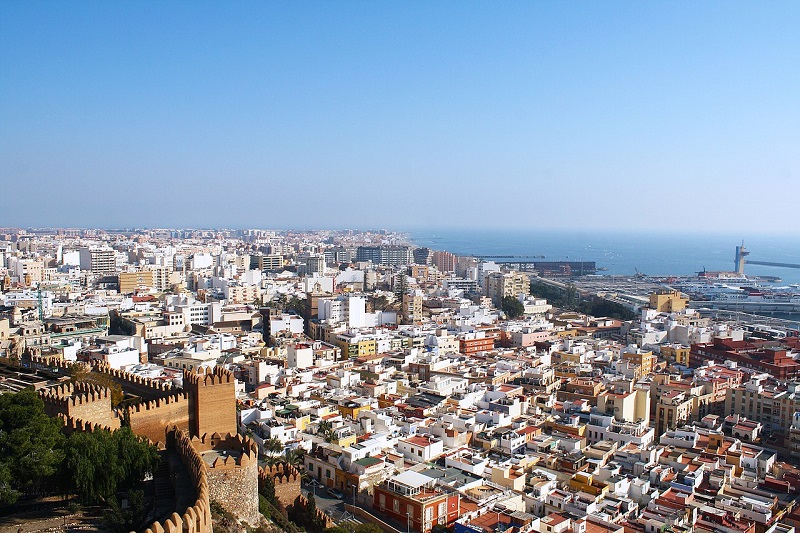 UNIQUE: Almeria council was keen to trumpet the city’s range of attractions for tourists. CREDIT: es.m.wikipedia.org

AN excellent year for visitor numbers in Almeria city according to the city council continued in October with a 25 per cent rise in the number of people dropping into the central Plaza Vieja tourist office.
The provincial capital administration reported that nearly 6,000 people paid a visit to the tourist office over the month, 1,429 more than in the same month of 2018.
Of the October 2019 visitors, 1,928 were foreigners. A further 3,216 people were from other provinces in Spain.
“The Municipal Tourist Office is a clear indicator of how tourism is going in Almeria, and the increase in visitor numbers is an example of us increasing the number of travellers, which benefits hotels, bars, restaurants and businesses”, maintained City Promotion councillor Carlos Sanchez.
“We are working on being an attractive destination”, the councillor continued.
He also insisted Almeria offers visitors “a unique experience”, commenting, “we are the country’s capital where you eat best in the world, our streets breathe the shoots of great films and series, we have a good climate all year, natural beaches and a heritage which adds up to the best of different civilisations.”
Sanchez said the aim was to “continue strengthening our values as tourism generates for Almeria economic development and employment.”
A further example the council said of greater visitor interest in Almeria was an 86 per cent rise this year in the average number of people taking part in the City Promotion-organised guided and themed visits.