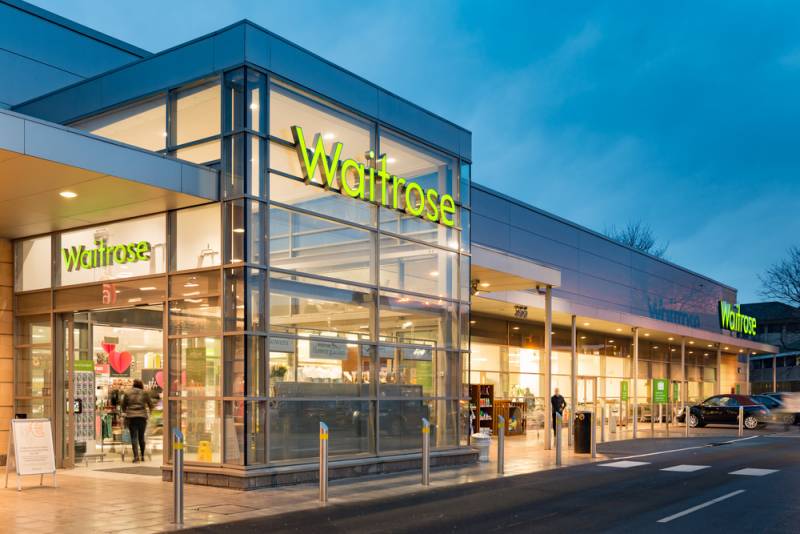 THE DISGRUNTLED couple placed an Waitrose order via online retailer Ocado, which is currently Waitrose’s delivery partner, that arrived last Sunday. To their surprise when they opened up their food delivery, they were shocked to discover that their £2 portion of Mediterranean roasting vegetables had an Aldi sticker on the back.

Aldi’s product, which weights the same and is similar to the one from Waitrose, called Ready to Roast Winter Roast/Mediterranean Roast is only £1.29.

This isn’t the first time accusations of Waitrose food being the same as Aldi’s but in different packaging have come out.

In 2017 a BBC report found that M&S, Waitrose and Aldi all used the same cheese and butter supplier.

Twitter users have responded with feedback in regards to the situation.

@KingBobIIV said: ‘I know a supplier who makes a product for Sainsbury’s, Aldi, Waitrose and Tesco. Same product, same ingredients, same machine, same everything. Except different packaging or a different shape. You’ll pay £20 in Waitrose and £5 in Aldi.’

@FrFintan_Stack: ‘Waitrose is a wind-up. They spend 50p extra on packaging and product image, and sell you the same food you get in Aldi, but twice the price.’

While another, @Gildy55 said: ‘It’s the same supplier for all major supermarkets and even Waitrose where people spend much more thinking they get special food and it turns out its on sale in Aldi or Tesco.’

The scandal unfolds, affirming what some consumers have been suggesting for years that Aldi and Waitrose sell the same things but in different boxes. And for at least 50 per cent more money if you want the ones that have the “posh” “Waitrose” sticker on as reported by the Daily Mail.

A spokesperson for Waitrose didn’t even try to cover up the blunder, explaining as stated by the Mail that they were “sorry that there has been an error with the labelling” indicating that their suppliers would look into the matter and admitting that, as with all retailers, they shared suppliers for some of their products adding that any “price variation” would be reflected in the “different specification of the product, such as ingredients used.”

The upset husband, who wishes to remain anonymous, confessed to the Daily Mail that he was “really disappointed” he had used Waitrose and Ocado for good reasons including reputation and home delivery and paid for that privilege adding if he’d wanted Aldi products he would have gone to one of their stores.