Homeless in Marbella on the Costa del Sol 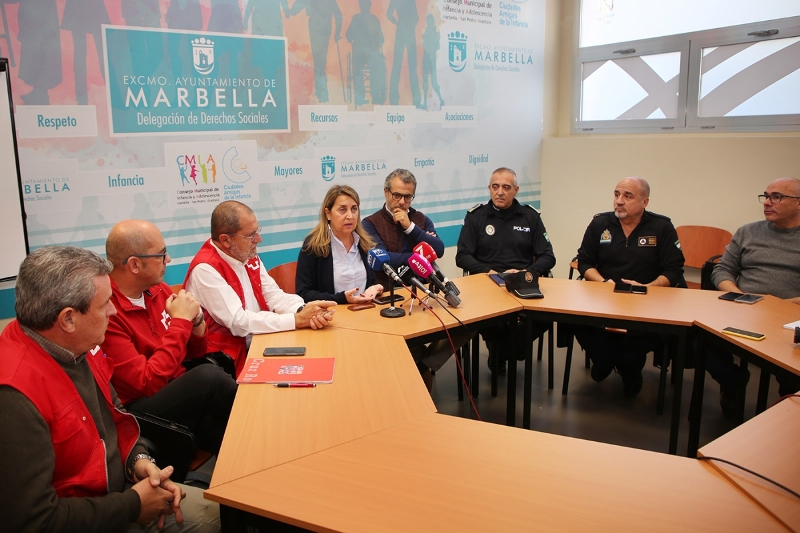 Discussing the problems for the homeless in the winter Credit: Ayuntamiento de Marbella

THE Marbella Council has announced that in preparation for the winter months it is looking to offer help and assistance to those who are homeless within the city boundaries.

There is already a service which operates from 10am to 2pm which looks to offer to supply food, basic sanitary services and psychological help which is run by the Red Cross with support from the council.

It is claimed that those in need of help are mainly middle aged men and on average some 55 are looked after every day.

Those at the meeting included members of the council, representatives of the Local Police, Red Cross, Civil Protection and the head of the Marbella Social Inclusion Centre which takes action in the evening to try to assist.

Whilst the council and these representatives have good intentions and appear to do what they can, according to one homeless person who arrived here from the north of England via Russia and Morocco four years ago, the number of people involved is significant and there is very little assistance given.

He told Euro Weekly News that he lives in a shack on the beach and finds himself caught in a poverty trap as he can’t find work as he doesn’t have all of the right papers and although he looked remarkably well turned out considering his circumstances, he still face difficulties from employers and the authorities.

According to him, there are two types of homeless people in Marbella, the drunks and drug addicts and those who either have mental difficulties or have simply run out of funds due to the financial problems of the past 15 years and he sees more and more elderly people of different nationalities in trouble.

He lives by going to supermarkets and obtaining free food which may be out of date from friendly staff who often act unofficially and feels that there should be a law here in Spain as there is in France and Italy whereby supermarkets are not allowed to throw any food away if it is still edible and can be given to those in need.

It is a difficult situation and although he does obtain the odd piece of work helping on fishing boats, if no fish are caught then he doesn’t get paid.

The fact that he and a number of fellow homeless people don’t speak Spanish also makes it difficult to actually take advantage of some of the opportunities that do exist.