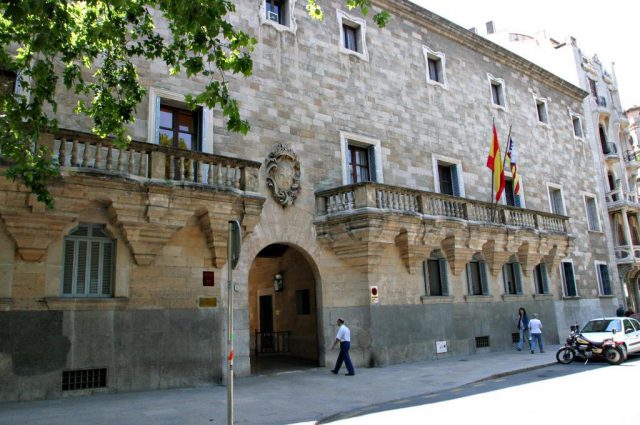 ACCUSED: A Guardia Civil officer has been accused of harassment by his former partner. Credit: Palma City Council.

A POLICE officer from the Guardia Civil has been accused of harassment by his ex-partner after sending several messages to her mobile phone and calling her at work.
During his trial in Palma de Mallorca Spain, the officer admitted to the courtroom that he did send multiple messages to his former partner and the mother of his child in April of last year, but that it was only to find out where his son was.
According to his version, on April 17, 2018, he went to pick up his son from school, as agreed in a custodial court order. However, once he arrived, he could not find his young son, discovering from teachers that the boy had not shown up to class that day. The defendant explained that he was angry about this matter at the time and for this reason, he sent messages to the woman asking for an explanation of his son’s absence, but that she did not reply.
The next day, the defendant called his ex-partner at work, demanding to know where his son was. He recounted that she transferred the call to her co-workers, so he sent further messages to her mobile phone where she then blocked his number. The officer stressed to the court that he did not insult the woman or make any threats.
Several colleagues of the complainant testified as a witness during the trial, agreeing that the man did call the woman at work several times asking to know the whereabouts of his child. One witness recalled that the defendant made threats that he would come to the workplace “with the entire squadron of the Guardia Civil”.
We at Euro Weekly News understand that at the end of April 2018, Inca Court agreed to a protection order in favour of the complainant which prohibited the defendant from contacting his ex-partner and coming within 300 metres of the woman.
According to the prosecution, the defendant called his ex-partner’s work five times in order to limit the women’s freedom and to create a deep feeling of unease within her. The complainant testified that she had suffered psychological abuse at the hands of her former partner because “he did not comply with the agreed visitation order for their child”.
The officer’s defence lawyer stated that case is unwarranted, since the criminal charge of harassment must be carried out over a period of time, rather than on one specific day.
The prosecution initially asked for a penalty of 18 months in jail for the defendant, but it has been since reduced to 31 days off work for the benefit of the community.