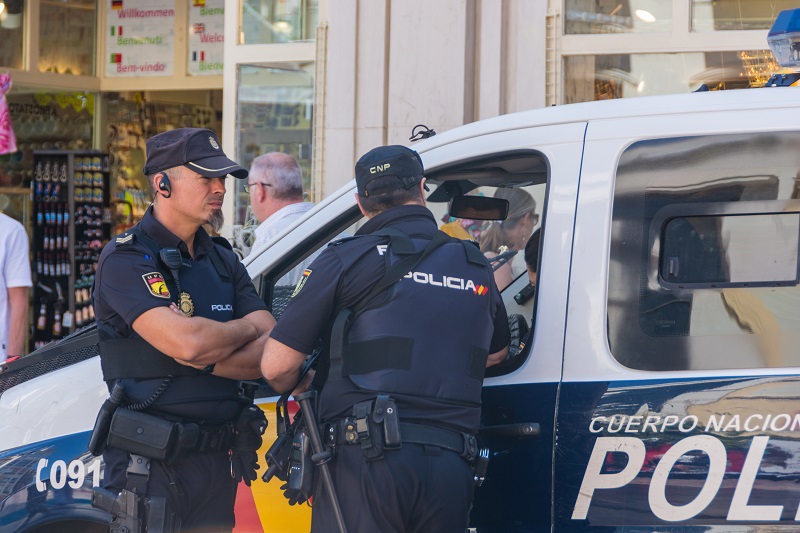 SECOND TIME: The businessman was detained in 2017 as a suspected member of a jihadist cell. CREDIT: Shutterstock

POLICE have arrested a businessman of Moroccan origin in Muro suspected of a connection to Daesh on charges including money laundering.
This was the second time the man, who has Spanish citizenship, has been detained by the authorities. He was one of seven individuals processed by the National Court as suspected members of a jihadist cell broken up in Febuary 2016 in Alicante, Valencia and Ceuta provinces.
The cell was believed to have been sending arms, explosive components, military material and cash to terrorist organisations in Iraq and Syria hidden in containers of used clothing.
The detained businessman has a company in Cocentaina dedicated to recycling and redistributing second-hand clothing.
Police investigations continued after the first arrests, and the emergence of new evidence reportedly led to implication of the Morrocan with financial crimes and subsequent second detention.
Also arrested this time was his wife and an official receiver, although they were reportedly released with charges.
The new charges against the businessman are on top of those ruled by National Court judge Eloy Velasco in February 2017, which include membership of a terrorist organisation, illegal ownership of arms, falsification of company documents and a crime against protected cultural items.
In regard to the latter, the judge considered one of the means of financing terrorist activity was from trafficking works of arts and ancient coins and archaeological piece, “probably stolen” from museums and sites taken over by Daesh and Jabhat AL-Nusra in Syria and Iraq.