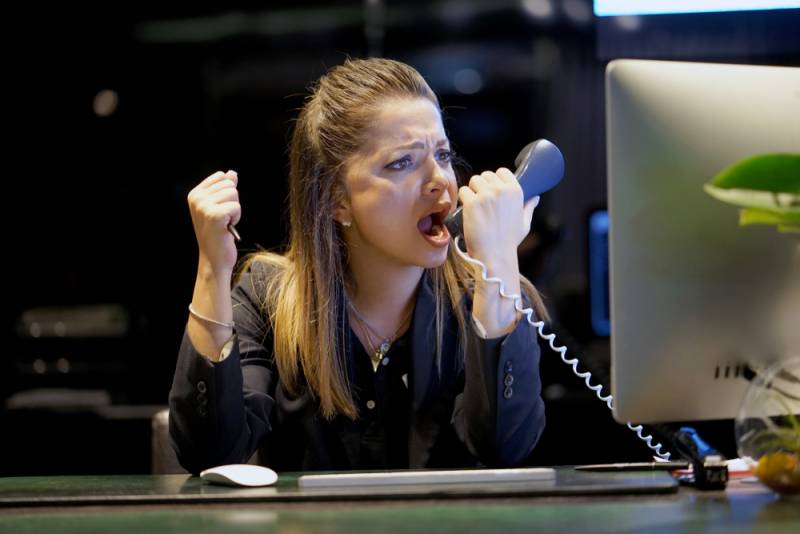 SWEARING is everywhere and we’re all to blame. One survey, according to a report by the BBC found that almost 90% of Britons swear (an average of 14 times a day) and barely any of them think it’s offensive.

So if everyone’s doing it and nobody cares, should we just stop looking aghast and accept salty language at work?

And while the professional world disapproves (or at least acts like it does), some researchers think swearing has certain advantages.

It takes the patience of a saint to remain calm when you’re having a stressful day in work, but even the calmest of workers has let out a swear word or two at the desk.

Unsurprisingly, the results of a recent survey as reported by the Evening Standard, carried out by British telecoms firm 4Com shows that some office workers find it VERY difficult to go very long without cursing.

The survey was taken by telecoms business firm 4Com of 2,000 workers up and down the country.

Middle management appear to be the top culprits with over a quarter of UK workers admitting their line managers and supervisors are the worst, while those working in catering swear the least.

The study found that office workers swear approximately 55 times a week. All considered that doesn’t seem too alarming does it?

Especially when you consider that some psychotherapists have suggested that “swearing can be beneficial, as the process of swearing is often cathartic, letting out pent up emotion, as well as aiding storytelling or jokes” Dr Jo Gee founder of The Luna Hive is stated to say by the Evening Standard. Adding that those who do swear are more likely to be linked with words such as ‘honest’ and ‘credible’.

‘F***’ is the most commonly-used swear word in British offices, with ‘s***’ coming in at second place.

‘Piss off’, ‘arse’ and ‘twat’ have been considered swear words in the study, so think carefully about your work vocabulary as perhaps you’re not as Saintly as you’d like to believe.