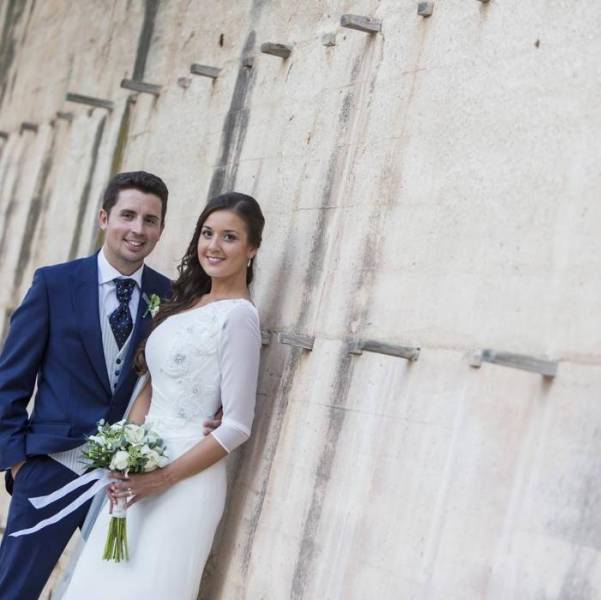 Maje and Antonio on their wedding day

Prosecution is demanding 22 years in prison for Maje, the 28-year-old woman accused of masterminding her husband’s brutal murder in Valencia. The nurse has been in prison since January for her alleged participation in the murder of her husband, engineer Antonio Navarro Cerdán, along with her lover and confessed author of the crime, Salvador R. L.


The prosecutor will call 39 witnesses to the stand, 4 of them lovers of the accused woman. Nursing assistant Salva faces 18 years behind bars for stabbing the victim fatally with a butcher’s knife. The jury will be presented with 52 pieces of evidence, including recorded conversations, WhatsApp’s, photos and the knife. Prosecutors want the jury to appreciate the knife’s size as it proves the unequivocal intention to kill.
Up until this moment, only Salva has admitted to the crime. He claims his ex-lover lied about being mistreated by her husband, generating what he claims as ‘the need to protect her’ and a situation of intense infatuation towards Maje.

Using a six-inch blade, Salvador allegedly killed his victim Antonio in a rented garage on Calamocha street in the Valencian neighbourhood of Patraix. Meanwhile, Maje was with another lover, a publicist from Valencia. After committing the murder, Salva changed his clothes and threw the knife in the well of his family home. The two lovers met up before the body was discovered and Salva relayed to Maje the details of the murder. As she listened, the widow sent messages on Telegram proposing sex for that night to her other lover.

Beautiful killer wife
The Black Widow of Novelda is how people refer to Maria Jesús M. C., a woman who left her home village behind to pursue a new life in the city. Clever, seductive and highly organised, Maje managed her sordid affairs without a blip. She was her husband’s first and only girlfriend and they lived in an apartment paid by him whilst she strayed continuously from the marriage. A month before the wedding, her affair with a physiotherapist almost ended the engagement but Antonio forgave her.

Salvador was a nursing assistant who worked alongside Maje. He had been in the same medical centre most of his working life, alongside his wife Inma who was head of the fourth floor. His wife and daughter have been distraught since the investigation laid bare the truth.
Now, Maje’s family await the end of the trial to hear the final verdict. Her family have been adamant since the start that if she is condemned, they will no longer consider her part of the family. Her brother has said: “If she really is guilty, she will no longer be my sister.”