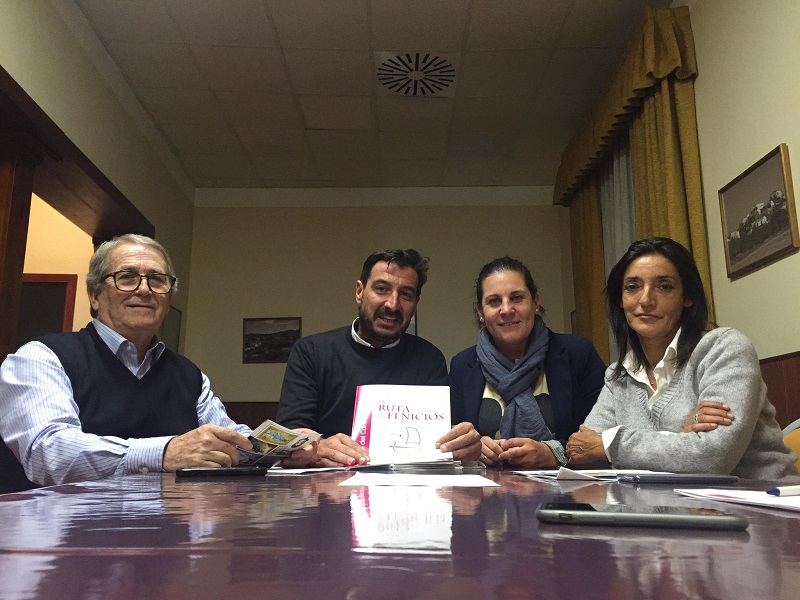 CUEVAS del Almanzora council is taking steps to get the word out about the municipality’s rich cultural and historic heritage.
Local authority representatives met recently with the Council of Europe’s Cultural Itinerary Spanish Network technical secretary Manuel Peregrina to open up the door improving promotion of the Villaricos archaeological site as part of the ‘Route of the Phoenicians’.
The council described the meeting as “an initial contact to put on the table possible activities and projects which would mean boosting the tourism, cultural and economic potential of the archaeological sites along the municipal coastline.
Peregrina exchanged views on the way forward with Tourism and Culture councillor Maria Isabel Ponce Sabiote, local archaeologist Laura Larios and the teacher Pedro Perales.
Cuevas joined the Route of the Phoenicians in 2017. It is considered one of the most important European cultural itineraries and is in the same category as the famous Camino de Santiago. The route also has the guarantee of the European Union and the UNESCO Centre in Italy.
The council said membership meant the beginning of an important collaboration of great cultural and tourism importance on promoting the site of the five Phoenician underground burial chambers in Villaricos as a means of strengthening the local economy.
There are only 15 such burial chambers in the whole of Spain.
“It is of vital importance that we continue along this road of collaboration to manage to move forward on highlighting the value of our historic and cultural heritage, which is one of Cuevas del Almanzora’s great strengths”, the Culture and Tourism councillor commented.
Cuevas Mayor Antonio Fernandez Liria underlined what he said is his administration’s “firm commitment to develop the recovery of our heritage as a cultural, tourism and economic resource.”
He said he viewed this line of action not only as a way of “finding out about and valuing our rich heritage and past and promoting these marvels, which are unique in the province, but also of giving to the village a source of sustainable development based on cultural tourism.”
The Villaricos Phoenician necropolis, declared a Cultural Interest Site in 2005, is located on the left-hand side of the mouth of the river Almanzora. It was first excavated at the beginning of the 20th century by Luis Siret and subsequently by Doctor Almagro, then left pretty much abandoned until recent years.
A virtual tour of the site is available on the Villaricos Virtual App and Laura Larios gives guided tours.