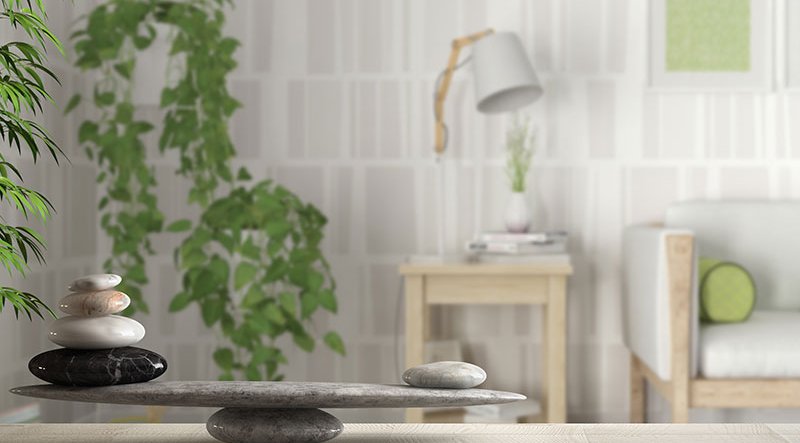 I was first introduced to Feng Shui about thirty years ago after marrying an a Chinese woman named Mary. Her father Chan Ching, was a Feng Shui Master.

A good friend named Donald who I had known since we were children had managed one of my furniture shops in London. He was able to make a very good living. I later closed my shop and my wife and family moved to the USA where I opened other businesses.

Soon after, Donald had another job and had sold his maisonette and purchased a house in North West London. I phoned him a month later and he told me that he was having a few problems as he lost his job and his wife and his son and daughter were also out of work.

A few weeks after during a trip to London, my wife and I visited him and my father in law came with us for the ride. We hadn’t told him about my friends and family misfortune.  As I pulled up my car outside his house my father in law, frantically spoke to his daughter in Chinese.

She explained to me that my friend’s house was in a very bad position and that he would surely have problems. However, I could not tell my friend that as no doubt he was worried enough about his circumstances.

When we left I asked my father in law who could speak English, if there was anything my friend could do. He told me that the main problem was that my friends home was situated at the end of a cul-de-sac, which was very bad Feng Shui energy. He had felt very uncomfortable during the invite for tea.

He explained that to divert the bad energy, small mirrors have to be strategically placed facing out in front of his home to repel the bad energy.

Things hadn’t improved for Donald when I phoned him a few weeks returning to the USA. I told him that my father in law suggested that placing mirrors in front of the house would help to improve his situation. But my friend didn’t believe in such things. After speaking to him later I told him that it wouldn’t be any harm in doing it, even to please me.

He eventually, reluctantly agreed and on my father in laws instructions it was done. To my and Dons amazement, within a few weeks, he and his family had found work….not only that but his son became a millionaire a year later!

Sounds too good to be true but it actually happened. My father in law taught me the art of Feng Shui and I have since helped many people improve their lives and even selling their homes…..Feng Shui certainly works…even for my wife and family. Mary and I came from poor families. We had forty years of a fantastic marriage and rarely argued and the small ones we had were over and forgotten within half an hour! We were able to travel the world and I was able to semi retire, when I was fifty five years of age.

Feng Shui is the study of how the energy of our environment affects us. Correctly analysing and balancing these energies allows us to retain the positive benefits and remove negative effects.

It is not based on religion or superstition but an ancient art and natural science that has been tested, developed and practiced for thousands of years in China.

You do not have to “believe” in Feng Shui for it to have an effect on you. However, analysing a space and balancing it correctly allows us to alleviate the worry and stress and live a less extreme, happier life.

It can be used for healing purposes and a guide to businesses and create a peaceful atmosphere in their homes, in particular in the bedroom where a number of techniques involving  mirrors and arrangement furniture to even achieve more peaceful sleep.

At Singapore Polytechnic and other institutions, many working professionals take courses on Feng Shui every year. Most Chinese people even use Feng Shui in buying and making homes also making them sell faster!.

I VISIT HOMES ALONG THE COAST BETWEEN SOTOGRANDE AND SAN PEDRO , ADVISING CLIENTS HOW TO ARRANGE GOOD ENERGY IN THEIR HOMES USING FENG SHUI METHODS….ONE THIRD OF MY NOMINAL FEE IS DONATED TO A CHARITY.