Will Formula 1 Ever Take Off in America? 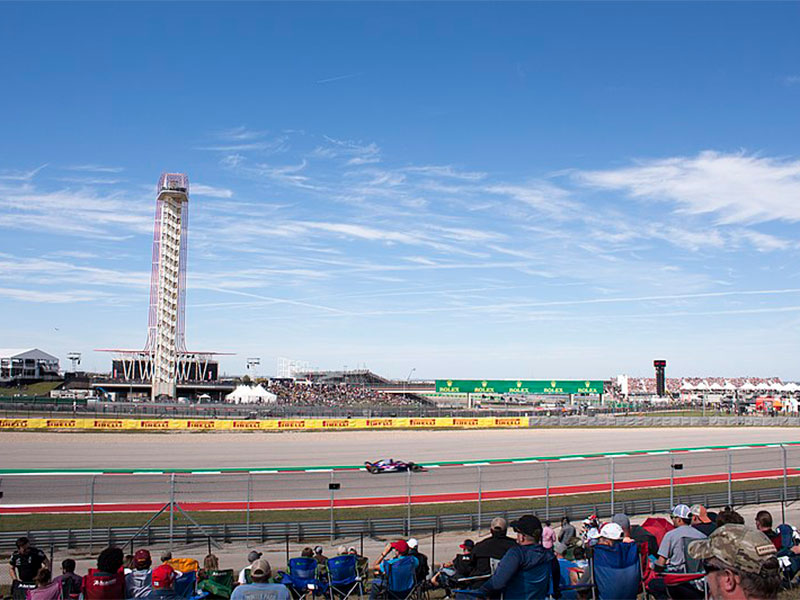 In November 2019, British Formula 1 legend, Lewis Hamilton, stomped to his 6th World Driver’s Title around the Circuit of the Americas in Austin, Texas.

He is only the second driver to achieve this record, with the only other being Michael Schumacher who achieved six titles in 2003 and followed it up a year later with a 7th.

The United States Grand Prix has been held at the Circuit of Americas since 2012.

The track was purpose-built and designed to emulate some of the most iconic characteristics of fan favourite race tracks around the world.

This created the huge elevation changes and sweeping bends that can be found at the beginning of the lap.

These elements, along with the long straights that lead into heavy braking zones, help to promote overtaking at the circuit. This has been crucial in creating the exciting races that have helped to make the Circuit of the Americas venue popular amongst fans.

This was not always the case though. Formula 1 has hosted numerous Grands Prix at various venues around the United States. Most of these were short-lived and didn’t garner much interest amongst the American population. But why is this?

The United States has its own motorsport championships that receive a lot more coverage than international series like Formula 1.

For example, Indycar, which is the leading American single-seater race series, is much more popular and is reputed to have closer, more predictable racing than Formula 1.

In addition, the quintessentially American sport of NASCAR is popular throughout the southern states and even has a fantasy league run by DraftKings.

The majority of home-grown American talent, therefore, goes into these American championships. After all, they are the sports that they have known and watched for most of their lives, supporting teams and drivers, and wanting to follow in their footsteps.

Up until recently, the vast majority of Formula 1 races were held in Europe. They were timed to take place during the day time (usually around midday), as this was the most practical option and suited the European audience.

However, this means that most races are held during the middle of the night for most audiences in the US.

For die-hard fans, waking up at 2 am to watch a Grand Prix may be part of the experience. However, most casual fans will choose to sleep instead.

While fans could record the races to watch back, it meant that it was hard for Formula 1 to be “discovered” by an American who was flicking through the channels on a Sunday afternoon.

No Americans to Support

Formula 1 remains a European dominated sport. Most are based (or part based) in and around the English town of Brackley, and all but one of the engine manufacturers are European.

Up until 2016, there had been no US teams or drivers for quite a while. This meant that Americans didn’t have any home talent to support.

An American would find it difficult to get excited about the sport as there’s no natural entity to get behind. Formula 1’s new American owners hope to change this though, supporting the HAAS team’s entry into the sport.

Between 2000 and 2007, Formula 1 visited the legendary Indianapolis Motor Speedway. The circuit is most famous for hosting the Indy 500 race, which actually formed part of the Formula 1 championship between 1950 and 1960.

There were problems right from the start; the 190,000 fans that turned up in 2000 filled less than half the capacity of the circuit’s grandstands, making it look empty on TV. The track was not the best for overtaking, leading to processional races.

However, the low point for Formula 1 in America was the 2005 race. It was the height of the tyre wars when Bridgestone and Michelin were competing to produce race-winning tyres.

However, Ralf Schumacher crashed his car earlier in the weekend when his tyre exploded in one of the banked corners.

After investigations, Michelin advised its teams that the tyres were not safe to race on, and after some confusion, only six cars started the race. This resulted in boos from the crowd, which was audible over the noise of the V10 engines on the TV feed.

Things on the Up?

After the lows of 2005, Formula 1’s position in America appears to be on the up. The Circuit of the Americas has become a popular fixture on the calendar and its future appears to be secure.

With Liberty Media’s takeover of the sport and its subsequent attempts to have additional US races added to the calendar, Formula 1 may finally take off in the United States.