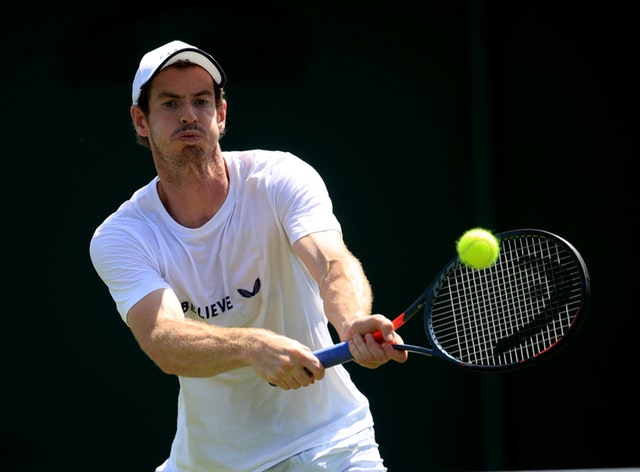 In a new documentary on his comeback from injury which will be out shortly – the tennis ace world opens up on the 1996 incident that took place.

He and his brother Jamie were present at Dunblane Primary School when Thomas Hamilton shot 16 children and a teacher before turning the gun on himself.

During the premiere of the documentary called  “Andy Murray: Resurfacing”, guests were able to hear a voice note that the tennis ace sent to Cappuccini after she had constantly asked why tennis was so important to his life.

The champion went on to explain how it has acted as an escape from a tough childhood, which included the Dunblane massacre, and in a Q&A session he went into further detail about the voice note from December 2018  just before his emotional Australian Open exit.

“When I was chatting to Liv at times during it, she’d asked me why tennis was important to me,” Murray told an audience at Curzon Bloomsbury.

“I’d say: ‘I love tennis and it’s been a big part of my life but there is a bit more to it than that, but I don’t want to talk about it’.

“Then over time I felt that I was at my lowest point actually in December at the end of 2018 when I sent the voice note.

“I messaged her and said: ‘Look I don’t want to do this, I’m quite embarrassed talking about it’ and I sent it and realised when I sent it that it was quite emotional.

“And I’d said things I hadn’t really spoken to many people about, if any, but it was quite a difficult period for me.

“I do remember when I went over to Barcelona at 15 to train, that was the couple of years where I moved away from home and I loved it.

“That is the period in time, if I could go back in time, I would go back to because I felt freedom and I met new people and new friends.”

The new  documentary follows Murray’s journey from his first hip surgery in January 2018 and through to his second hip operation a year later.

Emotional and raw throughout, it details his comeback from the brink of retirement to playing pain-free again at Wimbledon, but it is the voice note to Cappuccini which is most revealing.

Murray told the film-maker: “You asked me a while ago why tennis was important to me. I had the thing that happened at Dunblane, when I was around nine.

“I am sure for all the kids there it would be difficult for different reasons. The fact we knew the guy, we went to his kids’ club, he had been in our car, we had driven and dropped him off at train stations and things.

“Within 12 months of that happening, our parents got divorced. It was a difficult time. To see that and not quite understand what is going on.

“And then six to 12 months after that, my brother also moved away from home. He went away to train to play tennis. We obviously used to do everything together. When he moved away that was also quite hard for me.

“Around that time and after that, for a year or so, I had lots of anxiety that came out when I was playing tennis. When I was competing I would get really bad breathing problems.

“My feeling towards tennis is that it’s an escape for me in some ways because all of these things are stuff that I have bottled up. I don’t know because we don’t talk about these things. They are not things that are discussed.

“The way that I am, on the tennis court, I show some positive things about my personality and I also show the bad things and things I really hate. Tennis allows me to be that child, that has all of these questions, and that’s why tennis is important to me.”