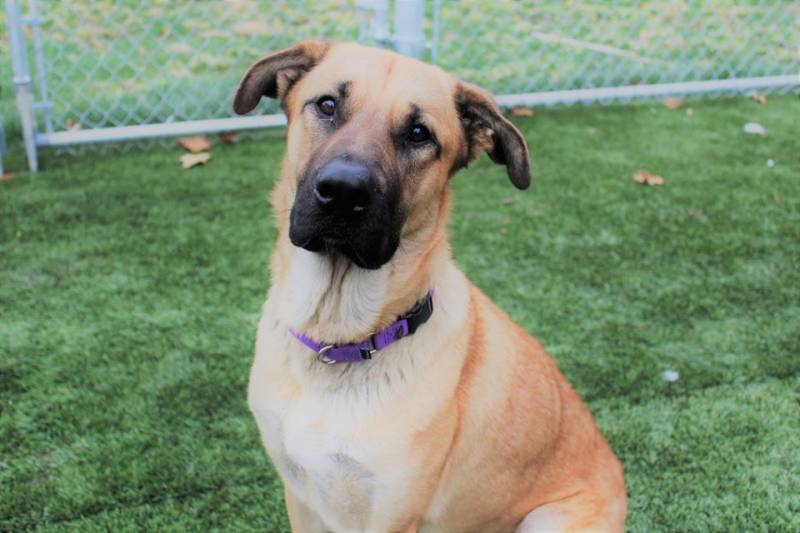 A STRAY DOG in Canada has become one of the most popular dogs in the region and further afield after being found cuddling five kittens who were abandoned in the snow.

The dog, now named Serenity, was found last weekend on a freezing night in Ontario. She was spotted on the side of the road and had wrapped herself around five orphaned black kittens to keep them warm. The shelter, Pet and Wildlife Rescue, a non-profit that operates the municipal animal shelter in Chatham-Kent, Ontario, says someone spotted the animals and an animal control officer was called to bring all 6 of them in.

The animal shelter posted photos of the unconventional family on Facebook after they were brought in for care and have received many adoption applications submitted for Serenity, who is estimated to be about 2-years-old. Once Serenity is spayed on Dec. 3, she will be ready to go to a loving home.

It’s not clear if Serenity and the kittens knew each other before the night they were found, but at the shelter, the dog continued to visit her kitten friends as they got treatments for fleas and parasites. I have been getting A LOT of attention on social media, but let me fill you in just in case you don’t know my name and my story! My name is Serenity and I was found last week on the side of the road keeping 5 kittens warm. A good citizen called the shelter, a kind Animal Control Officer picked the 6 of us up and we’ve been living our best lives ever since! The kittens that I kept safe have been kindly taken in by a foster family and will be put up for adoption once they’re old enough to be on their own. My story has been shared worldwide as far as Nova Scotia, Australia and Texas🌎!

I’m surprised that so many people applied to adopt me when they don’t even know my personality or quirks yet – I must just be THAT cute! Let me tell you a little bit about myself so that the shelter can find the most suitable home for me. I’m obviously great with cats and would have no problem going to a home that has cats in it🐱. I’m estimated to be about 2 years old so I’m still young and have the energy of a toddler. I love zooming around outside and will run circles around any person or object that is out in the yard with me. The shelter staff has been working on it, but I can be quite jumpy and need to be taught some manners. At this time in my life I would do best in a home without small children that I can knock ove – I wouldn’t want to accidentally hurt someone. I’ve gotten along with a couple of dogs at the shelter so far – both were extremely submissive or uninterested in interacting with me. Along with my dominance I am HUGE on playing and have a tendency to get right in other dog’s faces. I didn’t get along with the dominant or even slightly reactive shelter dogs. I do need help with my house training as it is not perfect right now.

The shelter staff is concerned about getting backlash for not adopting me out with the kittens that I was found with, but the kittens are not old enough to be on their own yet. If they waited for the kittens to be ready that would mean that I wouldn’t have my forever family for a couple of months. It is always the staff’s goal to get dogs out of the shelter environment and into their forever homes as soon as possible. At the end of the day I am just happy that the kittens were found with me and are now resting peacefully in a warm foster home instead of outside in the cold. Once they are old enough they will find homes of their very own! Once I’m spayed on December 3rd I will be all ready to go!