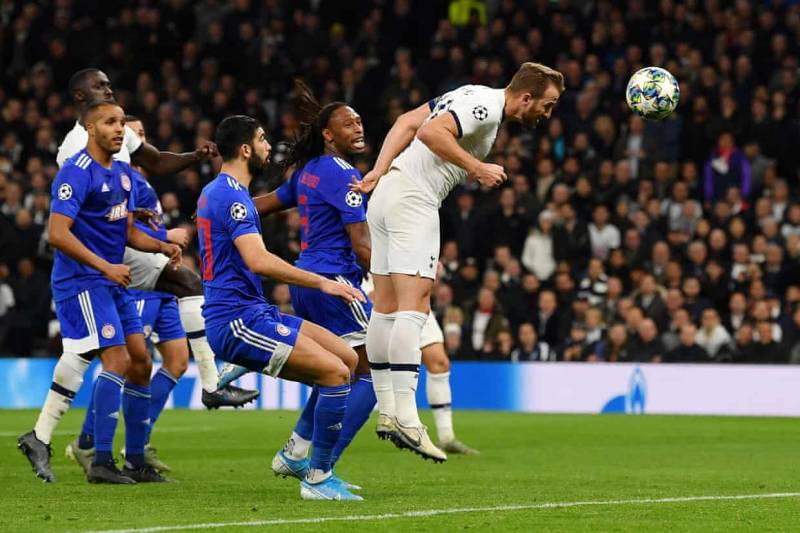 There appeared to be a huge contingent of Olympiakos fans in the house, and they were making their presence felt from their place in one corner of the stadium. On the field, their team was dominating possession in these very early stages.

Olympiakos had the first shot in anger, when Giorgos Masouras picked up a cross-field pass to the left, cutting inside and unleashing a shot from the edge of the penalty area. It stung the palms of Gazzaniga, but didd not trouble the goalkeeper unduly.

The visitors went ahead though on 10 minutes, Olympiakos took the lead courtesy of a dipping drive from Youssef El Arabi from the edge of the penalty area into the bottom left-hand corner. An early shock for Spurs.

it was no more than they deserved, but Jose Mourinho would have been disappointed that none of his defenders saw fit to close down the goalscorer. El Arabi picked up the ball on the inside right, cut unopposed across the edge of the penalty area and unleashed a fierce left-footed shot. It was low and into the corner, dipping on its way past the outstretched arm of Gazzaniga.

Nine minutes later Olympiakos doubled their lead. The Greek side scored from a corner, taking advantage of  diabolical defending from Tottenham. Ruben Semedo poked home from about two yards out, getting on the end of a near post flick-on from the dead ball.

A minute into first half added time – Olympiakos gifted Spurs a goal. An Aurier cross came into their penalty area from the right and Yassine Meriah took a big swing at it and missed completely. Standing behind the defender, Dele Alli was in the right place at the right time and tapped in from a couple of yards out.

Ten minutes into the second half Tottenham equalised. Spurs took a thrown in and Lucas Moura ran into space down the right flank after a quick-witted ball-boy ensured the ball went back into play as quickly as possible. He sent in a cross for Harry Kane, who mad no mistake.

Tottenham took the lead on 73 minutes when  Serge Aurier scored with a wonderful strike on the half-volley from one corner of the six-yard box after excellent work by Dele Alli.

Just 4 minutes later Spurs won a free-kick wide on the left for a Podence foul on Dele Alli that left the Spurs man in a lot of pain. Christian Eriksen sent in a cross and it was  a beauty. Kane headed home to become the quickest player in history to score 20 Champions League goals with Tottenham coming out 4-2 winners.