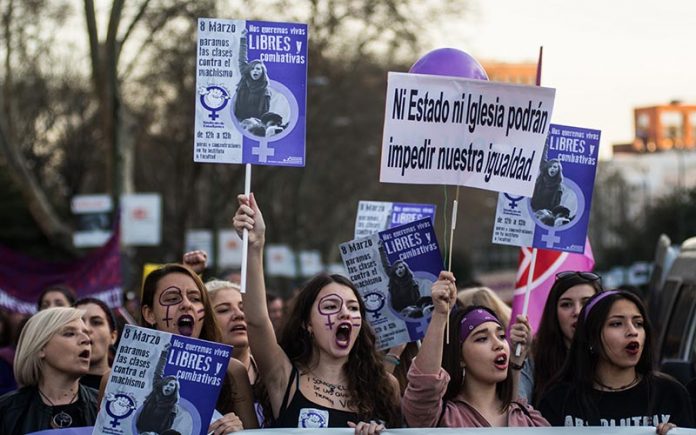 THE people of the Costa del Sol have sent out a resounding message – No to gender violence.

Across the region people took to the streets on Monday to mark the International Day for the Elimination of Violence Against Women.

The biggest demonstration was in Malaga where 4,000 gathered to add their voices to calls to take action against the scourge.

Town Halls across the Costa del Sol held a minute’s silence in memory of the now 52 women who have died at the hands of their partners or ex-partners in Spain so far this year. They also organised events to highlight the issue and to tell victims help is at hand.

Looking back at previous years, the first woman to become part of the statistic once real awareness of the problem of gender-based violence began in 2003 was called Yaneth Vargas.

Her partner killed her in Fuengirola on January 7, 2003. Since then more than 1,000 women and children in Spain have died at the hands of the women’s partners or ex-partners.

At the Malaga demo an enormous list symbolised the issue. It contained the names of every victim – woman and child – killed since 2003 when statistics were first officially collected.

“We are the voice of the murdered”, shouted the women at the head of the march that went through the city’s streets.
Meanwhile, a video made for the day revealed that Malaga Local Police arrest three men every week for domestic and gender violence.

Recorded and edited by the Audiovisual Group of the Local Police of Malaga and starring two officers, the video reflects the testimony of a victim of gender violence based on a real complaint.

The video is intended to convey that there is no typical profile of battered woman in order to encourage all victims to report the facts, as well as letting them know that they will not be alone and deserve a second chance.

This video is a response to the shocking fact that in Spain more than one woman a week on average is killed in a domestic violence incident.

Since the signing in May 2017 of the agreement to adhere to the Comprehensive Monitoring System in cases of Gender Violence (VioGén System) by Malaga City Council, the Investigation and Protection Group (GIP) of the Malaga Local Police has been responsible for dealing with domestic abuse. They also monitor compliance with restraining orders imposed in cases of gender violence.

On average, every week, the Malaga Local Police detain three men for crimes related to gender violence and one more for violations of court orders.

In 2018, a total of 156 people were arrested as alleged perpetrators of gender-based violence, to which 48 more were added for breaking restraining orders.

Each year, nearly 1,000 follow-up cases are assigned, of which an average of more than 500 tend to remain active, with constant contact between the protection agent and the victim, in addition to the surveillance work carried out in their private and work environments.