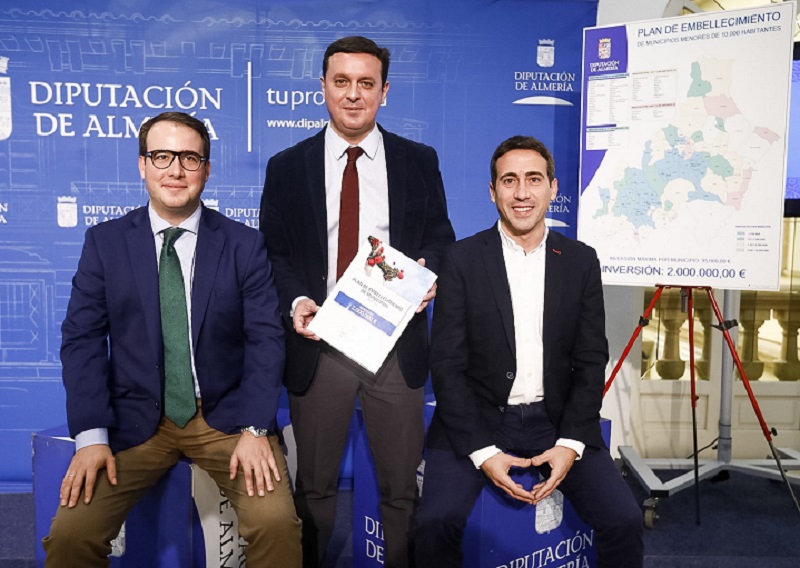 OBJECTIVE: The provincial government said the plan is part of its strategy for combatting depopulation in interior Almeria. CREDIT: Diputacion de Almeria website

THE Almeria government has set out a €2 million investment plan aimed at making the province’s small towns more appealing to visitors.
Diputacion de Almeria President Javier A. Garcia said the 2020-2021 Municipal Embellishment Plan would principally benefit the 91 municipalities with less than 10,000 inhabitants, most of which are located inland, with the emphasis on the best projects orientated towards caring for the environment and tourism.
Also given priority will be the use of Almeria-produced natural stone as a mean of boosting the provincial marble industry.
The Diputacion maintains its plan is pioneering and is part of the administration’s strategy for encouraging people not to move away from Almeria’s interior through improvements related to tourism, culture, history and the environment.
The thinking is that investing in villages and towns’ heritage and appearance will not only be a plus point for local residents, but will also contribute to balanced and sustainable economic activity as more people will be encouraged to visit.
Speaking at the plan presentation, at which he was accompanied by Public Works deputy Oscar Liria and Tourism Deputy Fernando Gimenez, the Diputacion President described the plan as “one of the many initiatives this government team has put into action to combat depopulation.
“We want the interior of Almeria to be increasingly more attractive so that it is increasingly more visited and hence its economy and employment grow.”
Among the kinds of actions outlined in the plan are the creation, upgrading and maintenance of parks and improvements to streets and plazas. Also better tourist information, like signposting and maps, and improvements to and the creation of tourist-orientated facilities including museums, visitor centres, viewing points and routes.