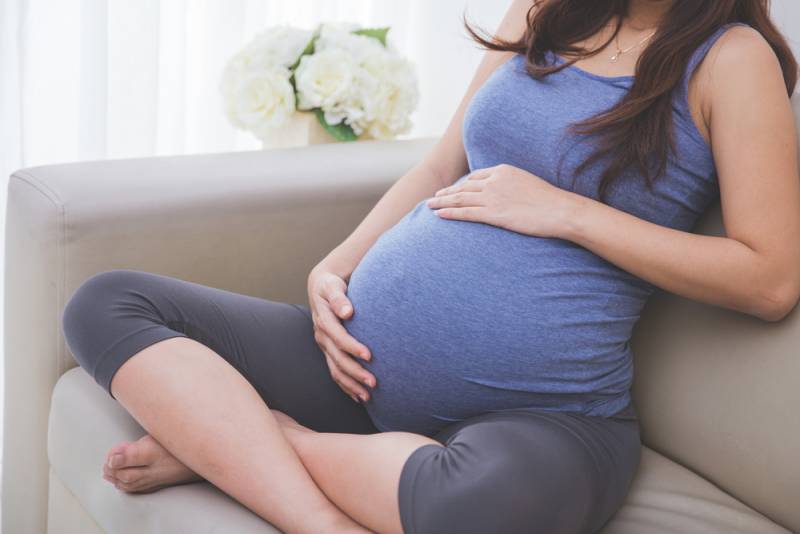 A BRITISH mother from Leeds who is suffering from extreme morning sickness is smoking CANNABIS throughout her pregnancy to alleviate the symptoms.

This is not the first time Sammy Warnes, 30, resorts to the B-drug to aid with the excessive morning illness.

During her first pregnancy, the young mother who even thought about an abortion when suffering from hyperemesis gravidarum during pregnancy to her now healthy three-year-old Arabella, says in Cannabis she found the solution to her chronic morning sickness.

Hyperemesis gravidarum (HG) is defined as severe nausea and vomiting during pregnancy.

The former catering worker said her daughter was born fit and healthy, so when she experienced the same symptoms with her current pregnancy, she once again ignored expert advice.

Sammy Warnes is currently pregnant with her fourth child.

Following weeks of sleepless nights and chronic vomiting, the expectant mother decided to Google any alternative ways to combat her illness where she came across the idea on an online forum about severe morning sickness, which included messages from other mothers-to-be using the Class B drug.

According to Waranes the prescription drugs do more damage and can risk birth defects.

The mother from Leeds, as stated in the Daily Mail, stresses she doesn’t get “high off it.” saying it’s only a couple of puffs a few times a week mixed with a minimum bit of tobacco.

Doctors had prescribed her Domperidone, a drug used to relieve nausea and vomiting – but she claims the symptoms would return after 20 minutes.

Sammy states that it actually “saved” her and her baby’s life.

With just two puffs she is able to be a “parent” to her daughter and that she only needs to resort to the drug a few times a week.

‘I can do normal things like go to the shops, take her to nursery and just be a mum.

Research on the health effects of cannabis is limited – but some studies have shown an increased risk low birth weight and stillbirth.

The NHS warns that regularly using cannabis during pregnancy ‘could affect your baby’s brain development’.

And the American College of Obstetricians and Gynaecologists state that ‘marijuana should not be used in any form during pregnancy’.