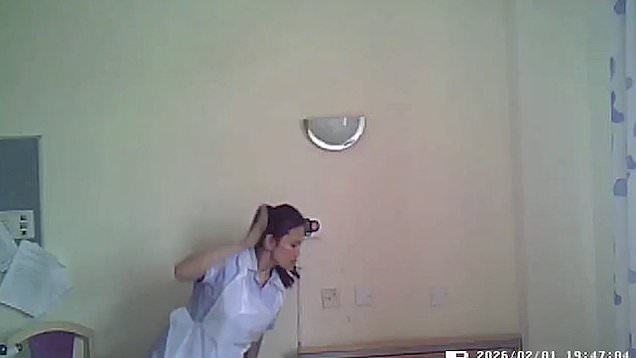 CAUGHT: A video showed care workers hitting the woman and dripping scalding water on her at a care home in Brent in London, England. Credit: Handout.

A FAMILY who set up a hidden camera at a nursing home in Brent in London, England, caught care workers abusing their 94-year-old great-grandmother Paniben Shah.

When Mrs Shah, who started living at the home in March 2017, said staff were abusive, her relatives initially thought her claims were a result of her dementia. However, as her health rapidly declined they became suspicious, with one of her son’s setting up secret cameras in her room.

The results were shocking, with the video capturing care workers handling the frail woman roughly, threatening and hitting her as well as dripping scalding water on her in March 2018.

The findings were reported to Brent Council and the police, with three women who worked at Meera House being jailed last week. Two others also received community service orders over the abuse of the great-grandmother.

Anita Kc Thapa, 46, Anita Bc, 49, both from Edgware, Heena Parekh, 55, from Borehamwood, and Dolon Roy, 39, and Moumita Roy, 34, both from Wembley, all admitted ill treatment by a care worker.

Thapa was jailed for six months, Bc for five months and Parekh for four. Moumita Roy was sentenced to 240 hours of community service and Dolan Roy to 200 hours with both ordered to pay £200 in compensation.

“You deprived Mrs Shah of the dignity and respect she was entitled to. She should have been treated with care and compassion. But she was treated without humanity and sometimes physically assaulted. There was a culture of accepting ill treatment.”

Meera House in Kingsbury is a specialist care home for individuals of Asian origin. A spokesperson for Meera House said in a statement that:

“We were shocked and devastated by these events and acted immediately to suspend any member of staff that was implicated.

“We have subsequently worked closely with the police to assist in the prosecutions they have pursued. No member of staff involved in the incident remains at the home.”

We at Euro Weekly News understand that when Mrs Shah’s family told care home management about the elderly woman’s complaints that they were initially dismissed. However, after Mrs Shah’s family showed the video to Brent Council last year, the women were suspended with Mrs Shah being moved to a different home.