The Car for all Seasons 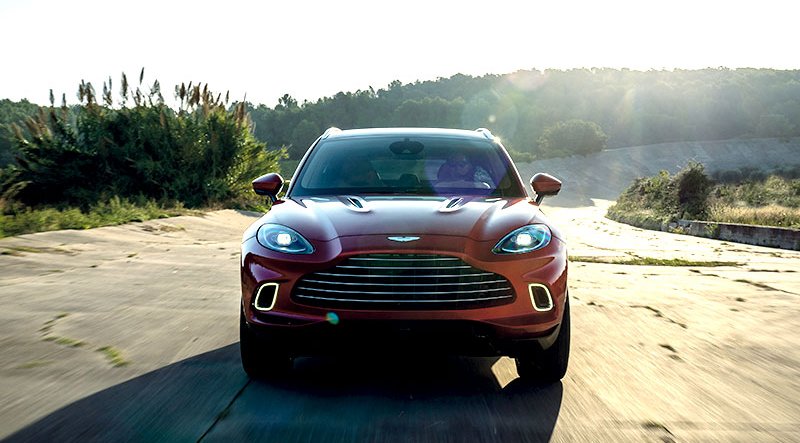 A landmark moment happened on November 20 in Beijing China, the reveal of the Aston Martin BDX.

As emphasised by the words of Aston Martin Lagonda President & Group CEO, Dr Andy Palmer “I can’t emphasise enough how incredibly exciting and significant DBX is for Aston Martin.”

Through its development alone, this beautiful SUV has already taken the company into new territories and in inspiring directions.

DBX also marks a key moment in the delivery of the third and final phase of our Second Century Plan, not only representing the promised expansion of our portfolio, but also signalling the start of production at Aston Martin’s second manufacturing plant.

We have both delivered this model through our expertise, but also by garnering invaluable experience and knowledge from external counsel, including our Female Advisory Board. This is a real landmark for this great British brand and I promise that DBX will reward all who experience it in their everyday lives.”

A car developed in close cooperation with and for women yet capable of off-road performance and on road acceleration from 0 to 62 mph in just 4.5 seconds with a top speed of 181 mph.

The Aston Martin DBX acknowledges a hope that little separates the sexes in the modern era when it comes to the appreciation of excitement involving driving and cars with character. Of course the location of the launch, Beijing, testifies to the desire for Aston Martin to broaden its markets as well as its appeal to beyond the traditional wealthy man with a penchant for hard driving.

The DBX is after all the very first ever full size five-seat Aston Martin. With 632 litres of boot space and a 40:20:40 split folding rear seats the DBX not only offers outstanding performance but flexibility too.

The narrow load sill and broad aperture maximises the variety of luggage, suitcases, golf bags and ski equipment that may be accommodated. Specialist Packages are also offered to further customise the car and to accommodate sports or past times.

The Pet Package for example includes amongst other essentials a portable washer to rinse off that muddy dog following a country walk.

The interior of the DBX after all deserves every consideration, the seats are trimmed in sumptuous full grain leather sourced from Bridge of Weir. The seats hug and support while the panoramic glass roof and sweeping windshield and windows connect driver and passengers with the world.

Throughout the cabin the DBX exploits a mix of metals, glass and woods as well as leather to deliver a luxurious and spacious interior. Set within the mix of tactile materials sits technology at the leading edge.

Large TFT screens provide the windows to a wealth of information for the driver. Apple CarPlay comes as standard as well as a 360 degree camera system and ambient lighting that offers 64 different colours in two zones.

The DBX it is hoped will allow the Aston Martin to increase its presence in markets where the roads were perhaps not so good as Europe’s or indeed the USA’s highways. Even ladies may now realise that the DBX is an Aston Martin built for them as well.

The DBX is a step change and not at all the rear wheel drive sports car for which the marque is renowned.Such a departure from much that has gone before is a large ask. Significantly Aston Martin suggest the DBX is expected also to appeal to and reach customers that prefer to be driven; rather than to drive.

A base retail price of €193,500, built in Britain, a very great deal is riding on the DBX’s broad shoulders.