ENGLISH NEWS: Injured seal pup dies after being harassed by selfie-hunters in England 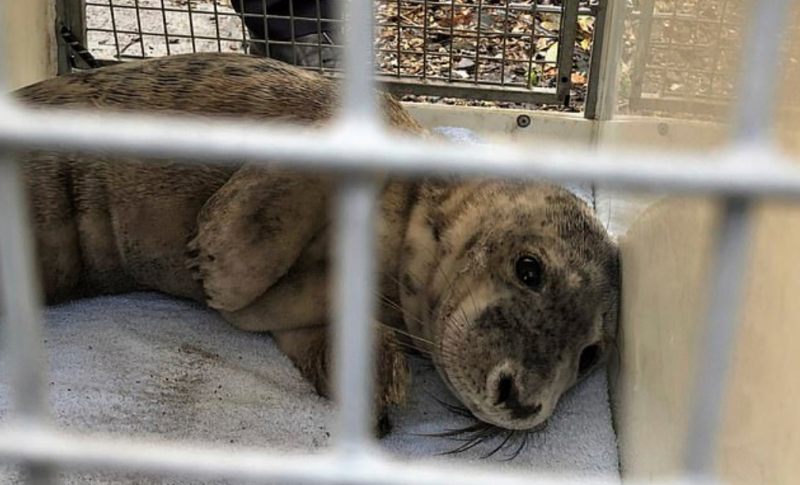 The seal pup has sadly died after it washed up on Chesil Beach in Dorset. Credit: Dorset Wildlife Trust.

AN INJURED seal pup that washed up on a beach in Dorset, England, has sadly died after becoming scared by members of the public who tried to take pictures with the animal.

The grey seal was reported to the RSPCA by a concerned member of the public after it was spotted on Chesil Beach in West Bexington last week. However, before the team arrived the pup was forced back into the water when hoards of selfie-hunters scared the frightened pup.

It came ashore a second time hours later when most people had left the beach, where it was then taken in by the animal welfare charity. The seal had been suffering from serious injuries to one of its flippers caused by a fishing line that had cut into its bone.

Derek Davey, a local wildlife expert, temporarily took care of the seal but said the delay in treatment would have caused the seal to experience prolonged pain. The pup has since died at the RSPCA’s centre at West Hatch, near Taunton in Somerset.

In response the the death, Mr Davey said:

“Taking photographs and crowding around it made it go back into the water to get away.

“Luckily it later came ashore again hours later. It would still have been the same result had it been rescued earlier but it must have endured quite a slow death by going back into the sea.

“It had a fishing line around its flipper which had dug into the bone and the wound was infected.”

The RSPCA have also released a statement, stating that the seal was in an ’emaciated condition’ and had an infection in its bones. A spokesman for the charity said:

“The wildlife vet cleaned the wound out but the infection was already in the bone and so the decision was made to put the seal to sleep based on the extent of this injury and the impact it would have on the future of the seal.

“The vet said the wound was narrow, and deep, and although they did not find anything within the wound which could have caused it, it is thought something like fishing line had been wrapped around it.”

Since the beginning of autumn, the RSPCA West Hatch has cared for 40 seals. They advise members of the public who see a pup whose mother hasn’t returned within 24 hours, is on a busy public beach, or is sick or injured, to call the RSPCA’s 24-hour advice and cruelty line.