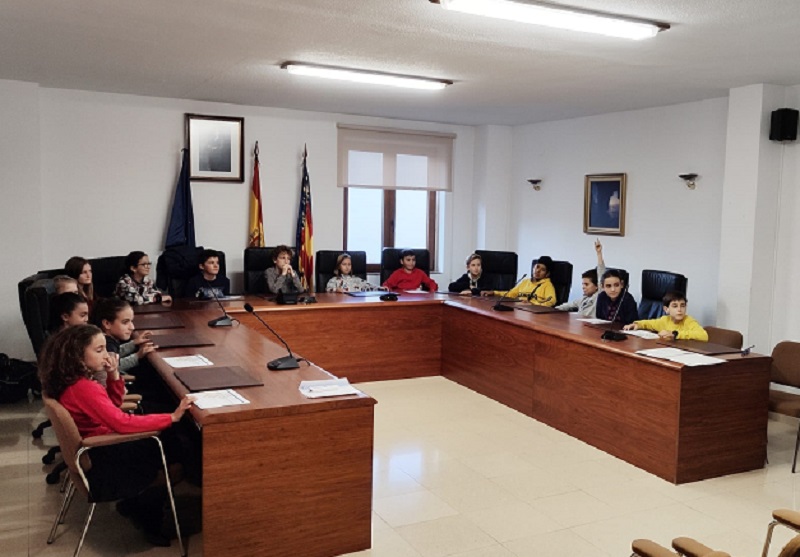 CHILDREN in El Poble Nou de Benitatxell have been given a voice.
The municipality’s 2019-2020 Childhood Council has now been constituted with six new boys and girls from primary school year five taking their places in the meeting alongside more veteran members.
Presenting the new council members with diplomas, La Nucia Mayor Miguel Angel Garcia and Education and Childhood councillor Jorge Pascual entrusted the youngsters with the responsibility of “representing all the boys and girls of the municipality.”
Over the course of the school year the Childhood Council will be the spokespeople for their peers and will put forward proposals for projects and measures to improve the lives of local children, as well as grown-ups.
As Jorge Pascual commented, “they are not only looking out for themselves, but also for adults, as many of the proposals they suggested some months back took into account the people they live with, who are around them.”
The children showed they have a positive attitude and are keen to get down to work, taking a great interest in the requests, which through a kind of manifesto, were communicated to the local administration in June.
They included a request for a history museum, a house of culture, a driving school, a hamburger outlet, parks which are more inter-generational and outdoor exercise areas. The youngsters also asked for improvements to sports facilities, the construction of a pavillion, making better use of the Santa Maria Magdalena school playground, setting up permanent goalposts and basketball hoops and improved skateparks.
The Education and Childhood councillor said that over the last few months the local authority has been studying all the children’s suggestions and that the administration will meet with all the Childhood Council members on Monday December 16 to explain which will be implemented, which are under consideration, and which of them are issues over which the administration does not have authority.
The Mayor underlined the importance of the Childhood Council, saying the youngster contributed a perspective on issues which adults do not see.
“The places where they play, where they spend their days, their free time, everything they use, often we do not now”, he remarked.
“What better than it is them who tell us about their needs.”