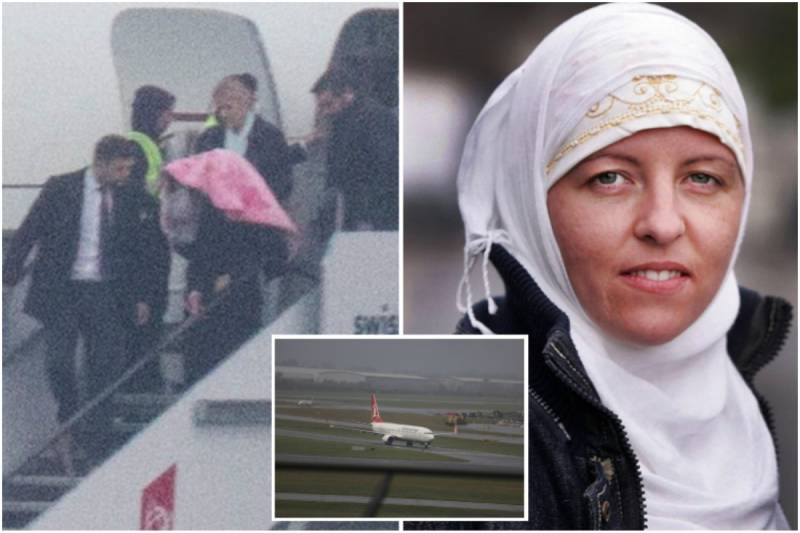 LISA SMITH, 38, was arrested 10.30 am yesterday morning at Dublin airport as she flew in from Turkey with her two-year-old daughter.

The former member of the Irish military who became a so-called Islamic State bride in Syria was arrested on suspicion of terror offences as she arrived back in Ireland.

Detectives are interviewing her under caution about her activities, movements, communications and contacts online and in person in Africa, Europe, the Middle East and Ireland since she converted to Islam several years ago.

As Euro Weekly Understands, Lisa Smith was once a member of the Irish Defence Forces and who had accompanied former president Mary Robinson and then Taoiseach Bertie Ahern on journeys on foreign trips before she converted to Islam in 2015 and went to the war-torn Middle Eastern country.

Smith was deported from Turkey and met by counter-terrorism police as soon as the plane, a Turkish Airlines flight to Ireland, landed at Dublin airport shortly after 10.30 am Sunday.

Ms Smith is currently being detained at a South Dublin Garda station under the provisions of Section 30 of the Offences against the State Act, 1939 as amended. She had been living with her two-year-old daughter in a Syrian refugee camp and is being questioned by the police whilst her young daughter is now being cared for by relatives.

As reported by the BBC, Irish Minister for Justice Charlie Flanagan has said in a statement:”This is a sensitive case and I want to reassure people that all relevant state agencies are closely involved.”

In a previous interview with BBC Radio 4, when she spoke from the refugee camp in Syria where she lived, Lisa informed that the father of her child was a suspected member of IS who died last year.

Speaking to the Irish Daily Mail in April, Lisa said: ‘I want to go back to my country.’ Stating she wasn’t a mother when she left, but then she had a child and things became “different”

Ms Smith has denied training young women to fight for ISIS and says she never killed anyone.

Ms Smith can be questioned for up to three days.