Mallorca News Top Story: Inspiring cause to help the homeless in Mallorca 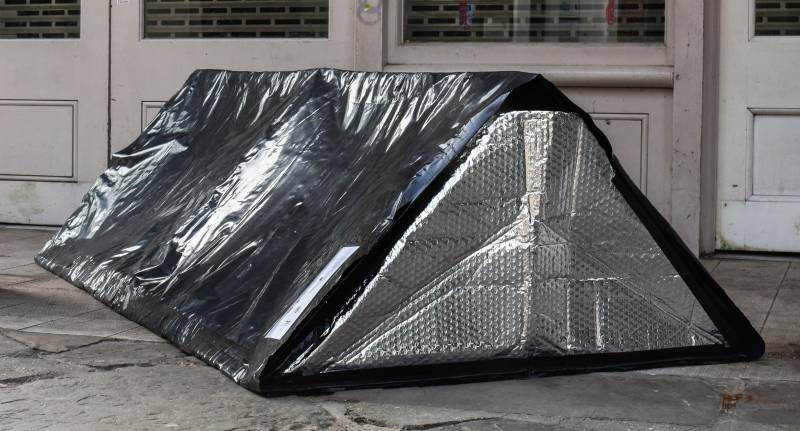 INSPIRED by the work carried out for the homeless in the UK and struck by the large number of rough sleepers in Palma de Mallorca, Spain, resident Stephen Morgan decided to act.
After speaking to a countless number of people sleeping on the streets in the capital, Stephen discovered that it was neither food or money that they wanted most at winter, but warmth. Taken back by the recurring answer, Stephen has since dedicated himself to handing out woolly hats and blankets to rough sleepers.
Stephen has gone one step further after stumbling upon a British charity named ‘Sleep Pod’ who provide innovative shelters that are designed to protect rough sleepers, keeping them warm, dry and most importantly safe. Moved by their cause, Stephen has decided to raise money to purchase the pods and distribute them to those that need them the most.
Speaking to Stephen, an electrician by trade, he expressed his desire to raise awareness about the plight of the homeless as “there is absolutely no need for the situation to continue in Mallorca.” His work often brings him to luxury yachts where he has seen first hand the amount of waste that is accumulated and could be used to help those on the streets. Add vacant homes and boats at winter, and the huge amount of food leftover at restaurants, he believes a lot more can be done to help.
Stephen has so far raised over €1,000 which will be used to buy 37 pods that are already on their way over to the island. However, according to the Consell de Mallorca, this year there are an estimated 650 people living on the streets.
The sleep pods have proven to be a lifesaver for many people across Europe, being insulated, self warming, both wind and rain proof as well as being easy to use, providing an increased temperature of almost 20°C once inside.
Stephen also plans to spend a night on the streets once the sleep pods arrive where Euro Weekly News will keep you updated on his journey. If you would like to volunteer or make a donation, you can do so by visiting https://www.gofundme.com/f/help-mallorcas-homeless.