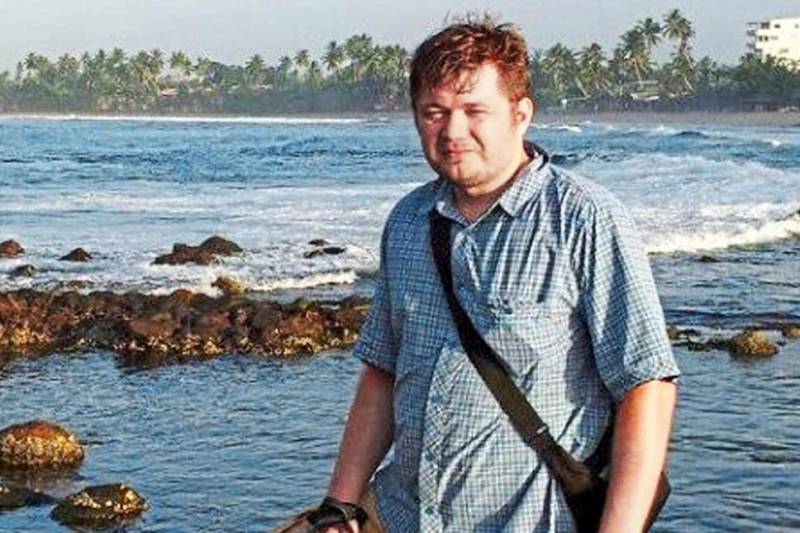 THE kitchen worker who bravely battled London Bridge terrorist Usman Khan said he “acted instinctively” and has sent his condolences to the families and victims of “this sad and pointless attack.”

Lukasz Koczocik, 38, who lives in southeast London and is originally from Poland, ripped a 5ft-long ceremonial lance from the walls of Fishmongers’ Hall when Khan launched his horrifying stabbing rampage on Friday (November 29).

In a statement released through the Metropolitan Police this afternoon, Mr Koczocik said:

“On the afternoon of Friday, 29 November I was working at Fishmongers Hall as normal when the unimaginable and tragic terrorist attack happened.

“I and several others tried to stop a man from attacking people inside the building. I did this using a pole I found. Someone else was holding a narwhal tusk.

“The man attacked me, after which he left the building. A number of us followed him out but I stopped at the bollards of the bridge.

“I had been stabbed and was later taken to hospital to be treated. I am thankful that I have now been able to return home.

“When the attack happened, I acted instinctively. I am now coming to terms with the whole traumatic incident and would like the space to do this in privacy, with the support of my family.

“I would like to express my condolences to the families who have lost precious loved ones. I would like to send my best wishes to them and everyone effected by this sad and pointless attack.”

Two former Cambridge students, named as 23-year-old Saskia Jones and 25-year-old Jack Merritt, died in Khan’s knife attack with several others injured. However, according to witnesses, the toll could have been much higher if Mr Koczocik had not stepped in to fight the terrorist.

As Euro Weekly News understands, at the time of the incident Mr Koczocik had been washing glasses in the basement, where he was alerted to the carnage by screams from upstairs, jumping into action. The heroic worker charged at Khan and thrust the pike into his chest, bravely battling the terrorist head on, despite being slashed five times.

Mr Koczocik has earned praise for his selfless courage from his colleagues and boss. Speaking to the BBC earlier this week, Commodore Toby Williamson, CEO of Fishmongers’ Hall said Mr Koczocik pulled a long stick off the wall, charging towards Usman, buying much needed time to allow others to escape to adjacent rooms.

Other members of the public have also been praised for their heroic acts, including 24-year-old Thomas Gray who sprayed Khan with a fire extinguisher as he was pulled to the ground.

In the wake of such tragedy, the acts of bravery shown on Friday are a reminder of how ordinary people can take extraordinary actions to save themselves and others.