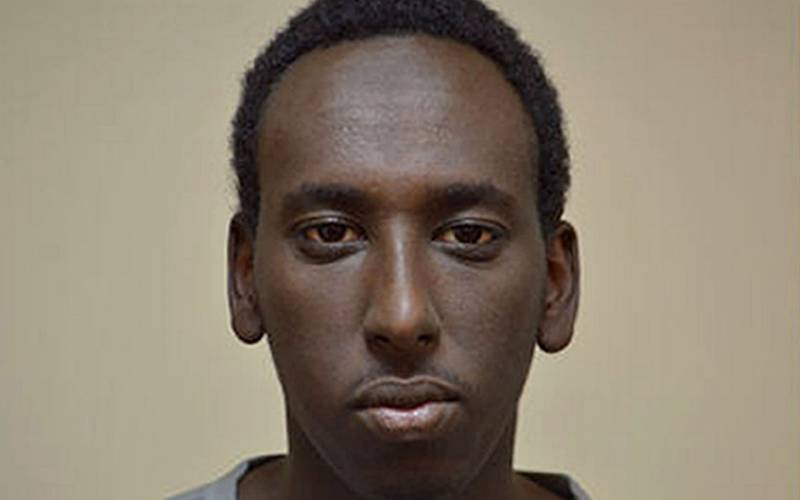 ARRESTED: Yahya Rashid was jailed for five years after travelling to Syria to join a jihadist group. Credit: Metropolitan Police.

A FORMER terrorist prisoner is back in jail after police discovered the man had been hiding a phone from authorities in a breach of his licence conditions.

Yahya Rashid, 23, was jailed for five years in 2015 after attempting to travel to Syria to join the Islamid State of Iraq and the Levant. After conning his way into Middlesex University with a falsified BTEC certificate, he used his student loan to fund his trip.

The young man was a hardened Jihadist who had backed the Charlie Hebdo attacks in France and boasted of his plans to join a terrorist group.

He was released from prison halfway through his five year sentence last year under the strict requirement that he informed police of any changes to his personal details, which included phone numbers and email addresses. However, after detectives searched his home address on Monday, December 2, they uncovered an iPhone and an email address that they had not known about.

Rashid appeared at Westminster Magistrates’ Court where he was ordered by the judge to serve the remaining 11 months of his sentence and has had an additional 12 months added on top for his deceit.

Rashid’s solicitor told the court her client had autism and only wanted to have the phone for social and work reasons. She said:

“I should start by saying that he is autistic. He is aware that he was at fault and should have disclosed this information.

“He simply wanted a rather more powerful device than the one issued to him by the police and wanted a private email address.

However, District Judge Paul Goldspring rejected his autism as an excuse and said he didn’t believe he had heard the full story. He said:

“It is clear from what I have read that despite what your lawyer said there must be more to the reasons why you had a phone and hid it from police.

“I accept that you suffer with autism and that may have an impact on your thought process but I don’t accept there’s a correlation with you hiding your phone.

“It’s almost a year to the day that you got the phone and you have had two opportunities to do what you were obliged to and I believe deliberately so.”

The arrest comes after a review of 69 convicted jihadists who were released early from prison in a move by the government to crackdown on terrorists in the wake of London Bridge’s horrifying attack.

As Euro Weekly News understands, any former prisoner jailed for a violence related terrorism offence will be visited by police officers. Each individual will then be assessed on whether they have breached any of their existing licensing conditions.

On Sunday, Nazam Hussain was arrested by police in Stoke-on-Trent on suspicion of preparing acts of terror. The 34-year-old was jailed alongside Usman Khan in 2012 for plotting a bomb on the London Stock Exchange, but was released on licence last December.