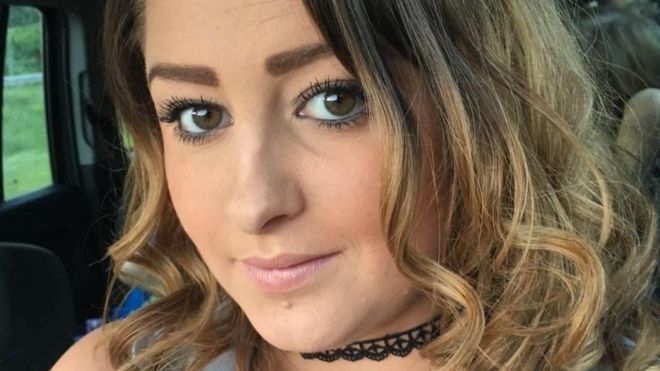 Ms Rushton's lifeless and naked body was found at her home in Hampshire. Credit: Family handout.

A JEALOUS husband “brutally” beat his estranged wife and ordered her to swallow her wedding ring before launching a murderous assault on the woman at her home in Hampshire, England.

Shaun Dyson killed 30-year-old Lucy-Anne Rushton by repeatedly stamping on her in June of this year in a “prolonged and very severe” attack, six months after their toxic relationship ended.

She had been dead for some time before 28-year-old Dyson decided to call 999, claiming Ms Rushton had drowned. However, an autopsy revealed the woman had suffered several broken ribs, a broken breastbone and collapsed lungs.

Simon Jones, prosecuting, told Winchester Crown Court on Tuesday (December 3) that the pair, who married in Gretna Green in 2014, had a “volatile” relationship. Previously, her mother had seen her being beaten on a video chat and a friend also had seen her being strangled to the point of unconsciousness in the past.

The jury was also shown CCTV of an incident at a hotel in September 2018, which showed the defendant kicking, punching and spitting at his wife in a corridor. However, when police arrived 15 minutes later she denied she had been assaulted.

Mr Jones said police were never aware of the couple’s violent history, which was disclosed by friends and family after her death. She had confided in friends that she believed her husband planned to kill her and thought he had prepared a bag with weapons.

The jury heard that on the night of her murder Mr Dyson became enraged when his estranged wife received a phone call from an ex-partner. A child in the house at the time told police that he heard the defendant tell Ms Rushton to “swallow the ring because we’re not together any more.” Then around 4am, the child woke up to the sound of hitting noises and shouting, the prosecutor said.

The jury heard how Mr Dyson made a “strikingly calm” 999 call at 5.17am where he was asked by an ambulance call handler whether he was performing CPR. He replied: “I was, but not right now, no, because I (have) been asleep.” Paramedics then arrived to the scene finding Ms Rushton’s lifeless and naked body lying on a bed with no sign of Mr Dyson.

Mr Dyson supposedly disappeared, messaging police, family and friends over a 10-hour period, telling them that his wife had drowned when he threw water over her to wake her up. He also said he feared he would go to jail because she had marks on her neck, which he explained were from rough sex.

Police later realised that Mr Dyson was still in the house and found him hiding under a duvet in a bedroom cupboard. As Euro Weekly News understand, the defendant had minor injuries to his ear and forearms.