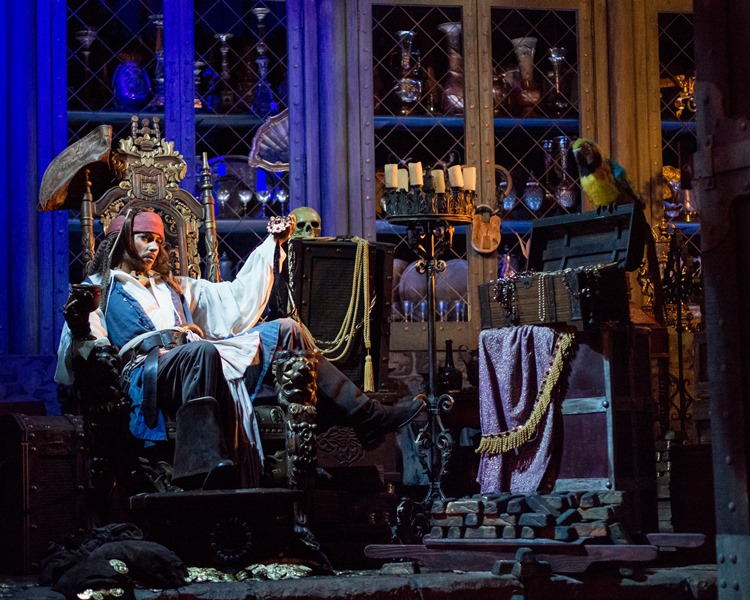 THIS year’s annual pantomime at the Salon Varietes in Fuengirola is Robinson Crusoe and the Pirates which runs from December 19 to 22 and January 2 to 5.

Written by Alan P. Frayn the storyline story is loosely based on the classic novel by Daniel Defoe and as the curtain pulls back, there is a scene of Brazil where everyone is starting preparations for the Carnival which is being held later that year.

Be warned however, there are three pirate stowaways on board, Jack Cut-Throat, Cross Bones and Skull Duggery, who have captured Juanita, the Captain’s daughter and plan to steal a treasure map and to take over the ship.

Unfortunately the evil Davy Jones has other plans and causes a terrific storm which sinks the ship and sends them all down to his locker. From there, they all find themselves washed up and castaway on the desert island ruled by Mumbo Jumbo, the Cannibal King who has a large stew pot waiting.

To find out whether Robinson and his friends end up as lunch for Mumbo Jumbo and what happens to Jack Cut-Throat then you need to book your seats.

These questions and others such as can Robinson rescue Juanita and fall in love and will Margarita Juicilita and Nutty Nick find a ship and get back in time for the Rio Carnival are waiting to be answered.

In order to book your tickets for this great family entertainment and to find out dates of matinee shows, visit their newly revamped website: www.salonvarietestheatre.com or telephone the box office on 952 474 542 between 11am and 2.30pm.