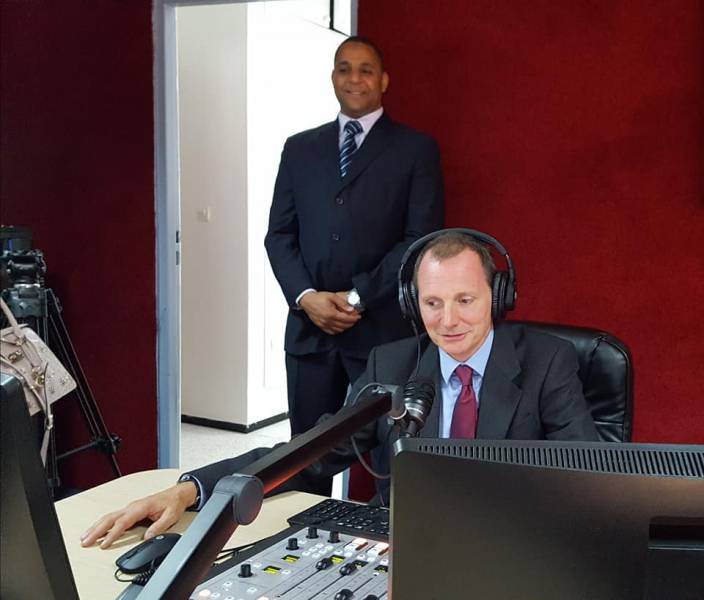 THE Gibraltar Government is very unhappy with comments made by the British Ambassador to Morocco H.E. Thomas Reilly who in radio interview warned the Moroccan Government not to get too close to Gibraltar for fear of upsetting Spain.

Chief Minister Fabian Picardo has “taken up the comments” with the Foreign Office as he believes that the role of an Ambassador is to develop positive relations between the country that he or she represents and the host nation. It is not to indirectly discourage trade and economic relations between them based on the possible reaction of third parties.

During the interview the Ambassador said “If we talk about Gibraltar and try to forge links between Gibraltar and Morocco, you Moroccans will have problems with the Spaniards.”

As far as the Government of Gibraltar is concerned, this was more than an unfortunate observation and during the interview, he reminded the reporter that Spain still had a claim for sovereignty over the Rock adding “. I believe that there is a role that Gibraltar can play. Absolutely. Yes, I agree with that. It’s something to explore.

“But I didn’t really want to touch this issue, since I personally didn’t want to offend or cause a bilateral problem between Morocco and Spain, since for me diplomacy is also about looking, it’s not about me first and you people behind.

“it’s about looking at everything that’s going on around you and it’s very important not to upset relations that are so important like the ones Morocco has with Spain.”

Many Gibraltarians remember the fact that when Franco closed the land border between Gibraltar and Spain, it was to Morocco that the Gibraltarians looked, welcoming numerous Moroccans to the Rock to work, also importing such items as fresh fruit and travelling to Tangier by ferry to catch outgoing aircraft.