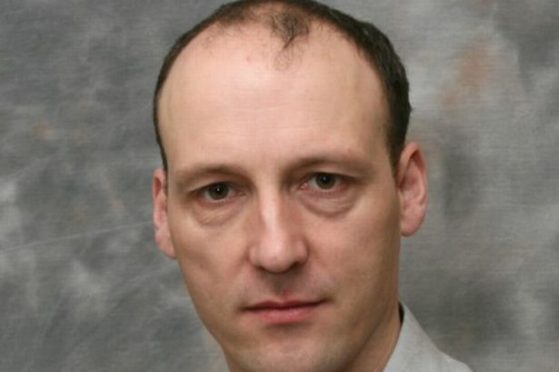 THE UK’s leaving the EU offers a chance to “reboot the British economy,” according to a Brexit Party election candidate.

Dr Stuart Waiton, a Scottish candidate for Nigel Farage’s party at the December 12 general election, told BBC Scotland earlier today that the British economy was sluggish, adding: “We need to reboot the economy and we need to have a new industrial revolution, with new industries that are far more productive.”

He said that democracy had been “undermined” by the failure to deliver Brexit three years on from the referendum.

The British people were disillusioned with the country’s institutions and traditional political parties, and the country needed change so democracy could “re-emerge.”

He said Brexit was about democracy that would allow the change the UK to make its own rules and own laws.

Dr Waiton added: “It is about involving the public in decision-making and giving them a genuine involvement in policies like immigration or to do with the criminal justice system or whatever it is.

“There is a disconnect between the public and public institutions and that needs to change.”

A senior lecturer in sociology and criminology at Abertay University, Dr Waiton is one of 12 election candidates in Scotland fielded by Nigel Farage.

In October, Dr Waiton was embroiled in a racism row for saying that Black footballers should ‘ignore’ abuse.

Asked on Sky News about the decision by Haringey Borough FC to walk off the pitch after their goalkeeper was racially abused in October, he said there is an “increased sensitivity” to racially-charged language, rather than an increase in racism itself.

After the Bulgaria – England football match the same month, he wrote in a newspaper column: “Around 100 young men shouting racist comments and giving Nazi salutes … was no mass display of racism. In fact, in many respects quite the opposite, with the vast majority taking no part in the racism and many clearly being angered by the small minority.”

He said in the interview: “I am not convinced there is more racism, and I think there is less in British society … People need to get on with things to a certain extent, and the authorities can resolve it.

“If we are going to stop every game because players are offended, you will never have any games.”

His remarks were heavily criticised on social media, and OFCOM received four complaints about the Sky interview.

Abertay University distanced itself from Dr Waiton’s comments at the time.

He was selected as an election candidate in Dundee West in August.