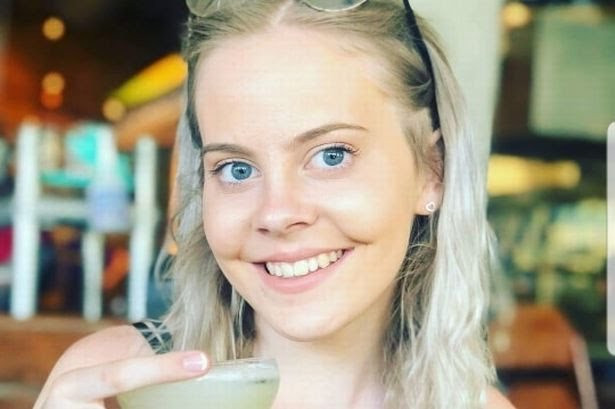 Grace Brockelsby, 19, stepped in front of a lorry after taking an illegal drug for her anxiety. Credit: Family handout.

A LORRY driver has described his devastation after a teenager walked into the path of his truck after taking an unlicensed drug, an inquest has heard.

Grace Brockelsby, 19, was killed instantly by the truck in June of this year after taking Etizolam, a prohibited high strength anxiety pill widely known as ‘street valium’.

On the day of her death Grace had been at hospital in Boston in Lincolnshire, England, for a psychiatric assessment for her mental health issues. However, when the doctor went to photocopy some documents, she slipped out of the hospital and walked to the nearby A52, stepping in front of a lorry driven by Marc Gibbins.

Boston Coroner’s Court reviewed dashcam footage which showed Grace looking towards the lorry then walking out into the road. She was seen pausing before turning her back to the vehicle, as if she was bracing herself for the impact. The inquest heard Grace stepped into the road when the lorry was 85ft away, but Mr Gibbins would have needed at least 190ft to stop.

Speaking at the inquest, Mr Gibbins described his sadness that he could not do anything to help the young girl. He added that he was in severe shock and that he knew it was an intentional act from Grace as she had waited for him to get close to her as she stepped out.

Grace had battled anorexia and anxiety throughout her teenage years which she was undergoing treatment for with the support from her family. The post mortem indicated she had therapeutic levels of prescribed medication and the presence of Etizolam, which is ten times stronger than the diazepam that she was already taking.

Etizolam is a medicine commonly used in Japan and India to treat anxiety, insomnia and panic attacks, but which isn’t licensed in the UK. Mimicking the effects of traditional sedatives like Valium and Xanax, according to the charity ‘Talk to Frank’ the drug can heighten nausea, headaches, anxiety, panic attacks and depression.

At the inquest, Grace’s father Lee paid tribute to his daughter saying: “She would enter a room and her presence would be known immediately and filled with life and laughter. She had the biggest blue eyes and an awesome devilish laugh.”

Grace’s mum also added that: “Grace touched so many hearts. She was such a gentle, kind-hearted, caring, elaborate, quirky, infectious individual. ‘She was unique and inspirational – there are no words to describe how amazing she was.”