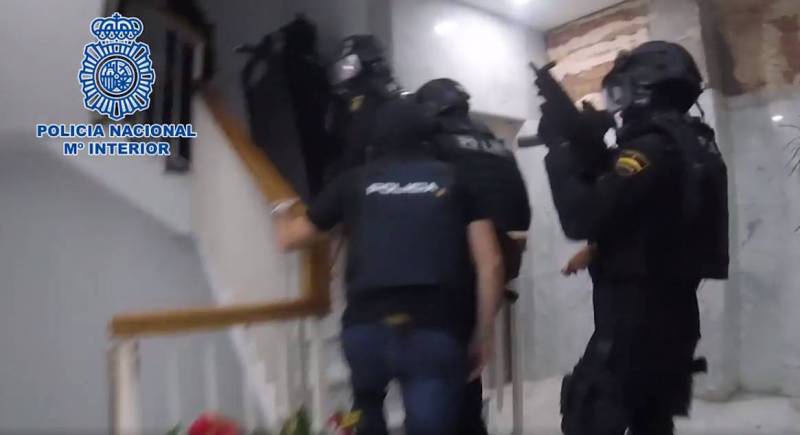 FOUR French men have been arrested in connection with the death of a Congolese man whose bullet-ridden body was found in Malaga on Spain’s Costa del Sol.

Agents of the National Police, in collaboration with the French Homeland Security Service, carried out an operation in which they arrested three men, aged 25, 26 and 40, in Malaga, with a fourth detained in France.

They are being investigated for the crimes of murder, drug trafficking, membership of a criminal organisation, criminal forgery and illegal possession of weapons.

All four are allegedly involved in the death of the Congolese man, who had been shot several times in the back.

An investigation started when a body was found on waste ground at the Guadalhorce industrial estate on March 17.

The victim was carrying false documentation, but police were able to identify him and found that he had a history of drug trafficking, which made the investigators think that the motive of the crime was a gang-related “settling of scores.”

Police say that this type of killing is usually carried out by professional hitmen, who plan carefully then leave the country immediately.

In this case the victim himself only arrived in Spain the day before his death. Police believe he had been lured here on the pretext of a drugs deal but with the intention of killing him. His trust in the alleged killers was to prove fatal.

The intense efforts made by the investigators led to the only clue that allowed the identification of the two vehicles that were involved in the events. Once the pertinent investigations had been carried out and the facts had been verified, it was possible to identify those thought responsible for the shooting just 20 days after the beginning of the investigation.

After an extensive deployment of resources, with the authorisation of the Court of Instruction number nine of Malaga, the agents were able to locate and arrest the suspects in Malaga and France.

During police raids 23 kilos of hashish, €2,890 in cash, a “kidnapping kit” consisting of an electric stun gun and adhesive tape, a professional radio frequency capture device, a home geolocation device and several mobile phones. Were seized.

All four men have been remanded in custody.