Deep down I’m a big softie 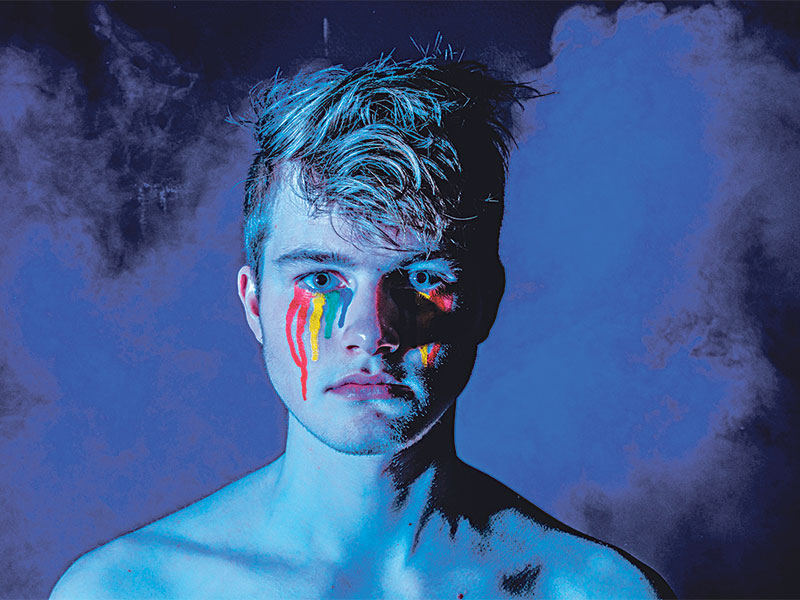 BIG SOFTIE: I was dragged to every tearjerker movie ever made when on my first dates.

WHEN they were handing out good looks and tender hearts I was at the back of the queue. I also missed out on getting genes that would ensure a half-way decent height. To make matters worse, a cruel twist of fate saddled me with red hair and freckles.

So it was inevitable I’d be targeted by school bullies. After my uncle Charlie saw the results of a beating I took from a gang of young hoodlums he began giving me self-defence lessons. He also created a make-shift gym for me in the family garage, and I toughened up quicker than I thought humanly possible.

The first test of my new-found ability to resist bullies came when a vicious ruffian, who once broke my nose, called me ‘Mary, Queen of Spots.’ I hit him so hard that he pinwheeled backwards into a cactus bush, then spent hours in A&E having hundreds of thorns tweezered from his butt.

The bullying immediately stopped. I can’t say I was happy that people began regarding me as a fearsome little thug, but I took great satisfaction knowing I could go about my business without being picked on for being short, skinny, ginger – and gay.

Now the gay bit should have endowed me with the sort of mawkish sentimentality I’d later detected among many of my LGBT chums, but it didn’t, even though the first guy I dated seemed determined to bring out the big softie in me by dragging me to every tearjerker movie ever made.

While Mike kept reaching for tissues to wipe away his tears, I would sit totally unmoved and shove fistfuls of popcorn into my gob.

The relationship was doomed to failure. I threw him over for someone with whom I could enjoy movies about aliens, giant spiders, serial killers, vampires and the like.

That relationship ended when Graham howled with laughter when Regan, the possessed girl in ‘The Exorcist,’ threw up gallons of pea soup. He laughed even louder when her head began rotating on her shoulders.

My farewell words to Mike were ‘you’re plain weird. You’ve just ruined that movie for me – and the entire cinema audience!’

Many years later, to my utter amazement, my stoney-heartedness crumbled when a guy I met in my local – Company Bar in Benidorm – introduced me to a country singer called Tom T Hall. He asked the bartender to access YouTube and play Hall’s song ‘Old Dogs and Children and Watermelon Wine’ which contains the line ‘Old dogs care about you even when you make mistakes; God bless little children while they’re still too young to hate.’

The reason it moved me to tears is that we have an old dog, a terrier called Bijou, who recently begun suffering horribly from rheumatism. He could no longer jump onto my bed and cuddle up to me at night, and I really missed his presence.

Tears welled up again when Bijou began bounding about like a pup after a marvellous local vet called Natalia Diaz Tejon put him on medication that appears to have completely cured him.

It’s astonishing that it’s taken this long for me to discover that, deep down, I’m just a sentimental old queen.