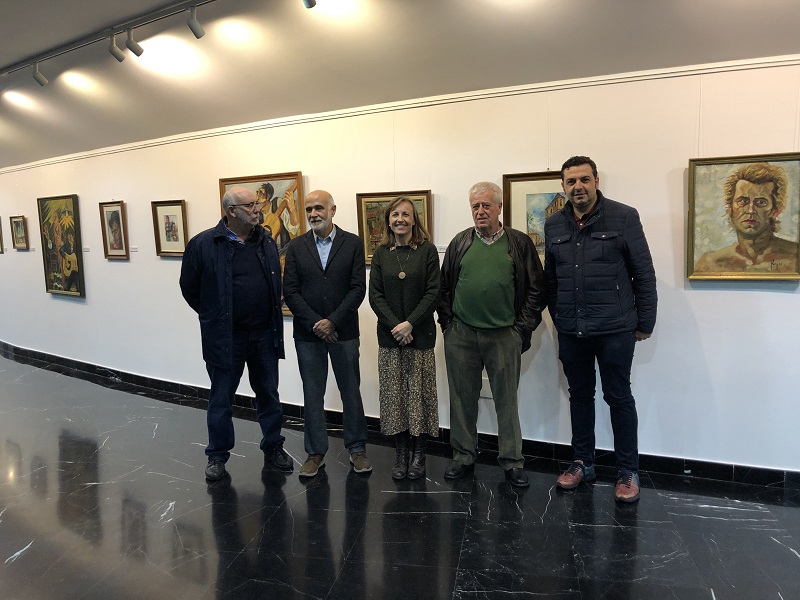 A NEW exhibition of Antonio Jesus Rojas’ watercolours and oils gives just a taster of the Huercal-Overa artist’s full collection of work.
Speaking at the inauguration of the exhibition at Hueral-Overa’s Teatro Villa, the artist said the 40 works on show represent just a small selection “of all thAat I have done throughout my life.”
Huercal-Overa Mayor Francisca Lourdes Fernandez and Culture councillor Diego Ortega were among those attending the exhibition opening.
The Mayor congratulated the artist for the public recognition his work has received and invited local residents to make time to visit the show “in which Antonio Jesus reviews his artistic life, during which he has had important achievements and contributed so much to culture.”
University of Valencia General Studies –Valencia Institute of Modern Art (UVEG-IVAM) history of art professor and co-director Francisco Javier Perez Rojas wrote for the show introduction about the years Antonio Jesus spent studying at the Valencia School of Fine Arts and how much the artist was influenced by the great muralist Francisco Baños.
“One feels the imprint of this master in some of his creations”, he commented.
He pointed out that Antonio Jesus has worked in different genres, remarking, “but it is perhaps in the landscape where his artistic sensitivity has been projected with the greatest insistence.
“Oils, watercolours and pen and ink have been the techniques he has used, and in each he develops a specific mode and visualisation.”
The history of art professor said the Huercal-Overa artists’ works are part of a “deeply emotional figurative tradition which balances expressionism and guilelessness”, adding, “the search for the authentic and the simple takes him to the popular.”
Referring specifically to Antonio Jesus’ depictions of Huercal-Overa, Francisco Javier Perez Rojas said they were among his most outstanding works, reflecting “these soft, undulating, and at times harsh and arid, landscapes.”