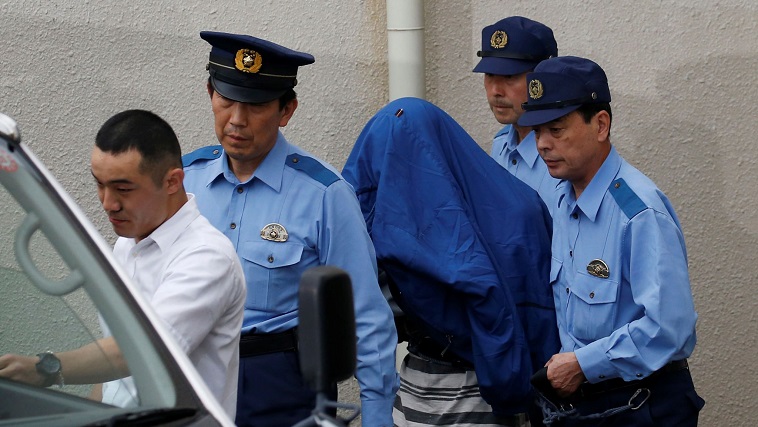 A Japanese man is reportedly set to plead guilty to killing 19 disabled people at a care home in Japan, having allegedly told a local newspaper he stabbed them to death “for the sake of society”.

Satoshi Uematsu, 29, is in prison awaiting trial for the murders of 10 women and nine men aged between 18 and 70, who were stabbed to death where they lived in the city of Sagamihara in July 2016. He is accused of using a hammer to break into the building, before tying up a worker, stealing their keys and going from room to room to stab his victims in the necks as they slept in the early hours of 26 July.

Uematsu, who used to work at the facility, turned himself into a local police station a few hours after the incident and goes on trial on 8 January. Police say Uematsu will not dispute the accusations against him and will “admit” to all of his crimes before the verdict is due on 16 March. The case has attracted enormous media attention and since March 2017 the suspect himself has given some 26 interviews to the Mainichi Shimbun newspaper. He said in February last year that “there was no reason” for his victims to live and described those who lived at the care home as people with “failed minds”.

He added: “I had to do it for the sake of society.” He also left a number of people injured during his alleged rampage and has said he is “sorry” to the families of those he killed but has repeatedly told the newspaper that the deaths could not be helped.

He has acknowledged that a heavy sentence is “unavoidable”, but believes execution would be excessive for an attack that was described at the time as one of the worst crimes in modern Japanese history.

In April this year, Uematsu told the paper: “I didn’t do anything that would warrant the death penalty.”Capital punishment in Japan is usually reserved for people who have carried out multiple murders, or in otherwise extreme cases such as when a victim has been tortured. Japan and the US are the only developed democracies in the world that still use capital punishment, and more than three dozen executions have been carried out since Prime Minister Shinzo Abe took office in 2012.