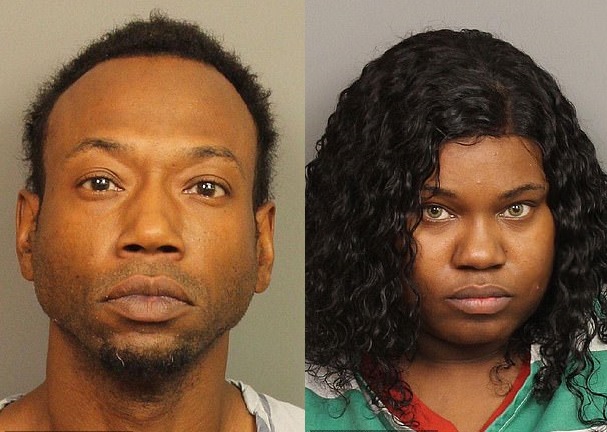 Kamille ‘Cupcake’ McKinney’s body has been found in a dumpster after the three-year-old was abducted from an Alabama park 10 days ago and police prepare to charge a man, 39, and his girlfriend, 29, with her murder . Kamille’s remains were found in a trash bin taken to a landfill, Birmingham Police Chief Patrick Smith announced at a news conference Tuesday night

Smith said police are obtaining murder warrants against 39-year-old Patrick Devone Stallworth and his 29-year-old girlfriend, Derick Irisha Brown. The suspects had been arrested on unrelated charges last week and were named as persons of interest in Kamille’s disappearance, the three-year-old vanished while outside a birthday party on October 12. Surveillance footage showed a man approaching her at a park, as of now investigators have not determined a motive for the kidnapping.

Investigators said they suspected Stallworth and Brown within 24 hours of when Kamille, who was known to relatives as ‘Cupcake’, was abducted from a birthday party on October 12. No information regarding the motive has been released and lawyers for both suspects have insisted that they had nothing to do with the abduction.  The remains of Kamille “Cupcake” McKinney tested positive for methamphetamine and Trazodone, an anti-depressant used to treat insomnia, after the 3-year-old’s body was found 10 days after her abduction, according to testimony Tuesday in a Jefferson County courtroom.

The testimony was revealed in the preliminary hearing for Patrick Devone Stallworth, one of two suspects in the abduction and slaying of McKinney. Stallworth and his girlfriend, 29-year-old Derick Irisha Brown, are charged with capital murder of a child under the age of 14. If Stallworth and Brown are convicted, both could face the death penalty. Circuit Judge Clyde Jones is presiding over the cases. Initially, Jones ruled Stallworth and Brown’s preliminary hearings would be held jointly but later separated them. Brown will appear in court on Friday.

Testimony and questioning by Stallworth’s defence attorney indicated Stallworth has told detectives he had nothing to do with the abduction or killing of Kamille. Instead, Stallworth’s attorney indicated, Brown was solely responsible and Stallworth lied because of his love for Brown. Collins has previously said Brown has made statements implicating Stallworth and it was disclosed Tuesday that it was Brown who told detectives where Kamille’s remains could be found. The case is being prosecuted by District Attorney Danny Carr and assistant district attorneys Misty Reynolds and Peyton Neal Zarzour. Stallworth is being defended by Derrick Collins and Roderick Walls. Family members of both Kamille and Stallworth were in the courtroom.