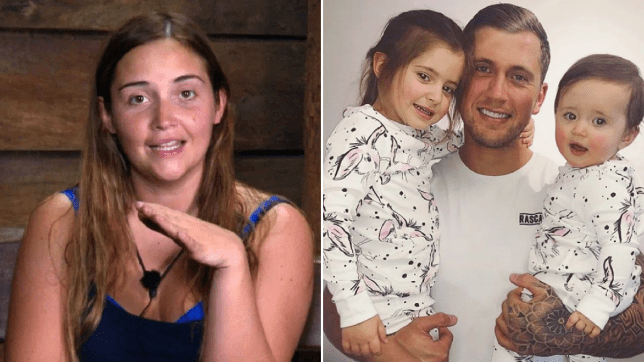 Jacqueline Jossa says reuniting with her family is better than winning I’m A Celeb. Credit: ITV/Instagram.

Jacqueline Jossa expressed her elation to be crowned this year’s Queen of the Jungle, but for her, nothing quite beats being back at home with her family.

After winning, Jacqueline told ‘I’m a Celebrity…Get Me Out of Here!’ show hosts Ant and Dec that the win “meant the world” to her, but speaking to The Mirror, she admits being back with her loved ones is an even better feeling.

The soap star’s family flew out to Australia to greet her when she left the jungle victorious. Jacqueline’s mum and dad supported her down under, with her husband Dan Osborne jetting over with the couple’s young daughters.

She and the former ‘The Only Way Is Essex’ star are parents to daughters Ella aged 4, and Mia aged 1. The couple were photographed hugging and kissing after Jossa left the jungle with the soap star then refusing all interviews. This sparked a wave of rumours that it was related to accusations of her husband’s infidelity.

Last year, Jack denied claims he had cheated with his Celebrity Big Brother co-star Gabby Allen. Jacqueline was reminded of the affair in the jungle when boyband member Myles Stephenson, who dated Gabby before they split earlier this year, brought up the cheating allegations once more.

Osborne and the former Love Island star were pictured together on a yacht in Spain last year where even her ex-boyfriend Marcel Sommerville accused her of having a fling with Jack during the holiday.

Jossa, who was pregnant at the time, is said to have temporarily split from her husband over the claim, with them later reconciling when she gave birth to her daughter.

Their relationship was rocked again in March this year over claims Jack had kissed another Love Island star.

In the wave of the new rumours, Jacqueline took to Instagram to tell fans she was “absolutely fine”. As Euro Weekly News understands, the couple met in 2013 and announced their engagement in 2015 after welcoming their first child together, marrying in June 2017.