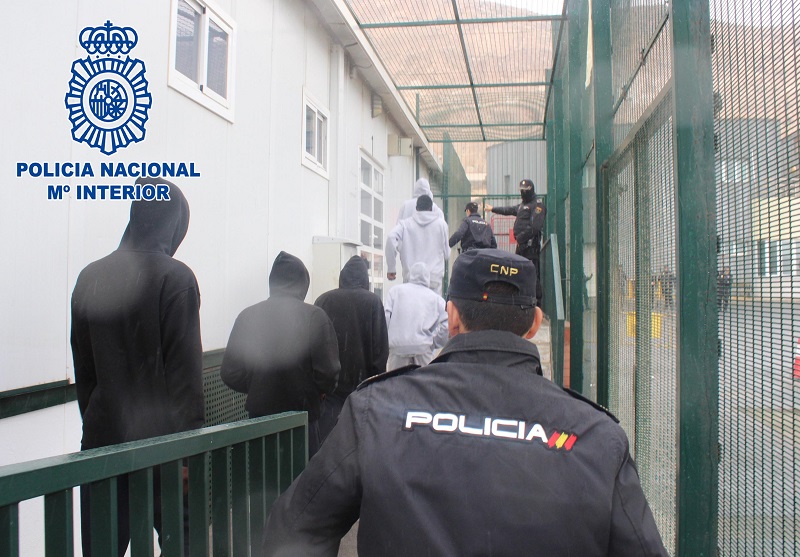 CRIMINAL: The gang behind the operation charged the immigrants between €2,000 and €3,500 to make the crossing to Spain. CREDIT: Policia Nacional Almeria

POLICE arrested an Algerian fishing boat owner heading for the Almeria coast with 107 illegal Moroccan immigrants on board.
The Almeria maritime rescue service intercepted the craft in provincial waters after it set out in the early hours of the morning from Algeria.
The 12-metre long boat was no longer being used for fishing due to its poor state of repair, and when maritime rescue caught up with it it was taking on water.
Investigations carried out with the assistance of the European Border and Coast Guard Agency (FRONTEX), along with interviews with the immigrants travelling on the boat, allowed police to establish that two months before setting out on their journey the criminal organisation behind the operation had started making contacts with different individuals in Algeria, offering a sea crossing to Spain for between €2,000 and €3,500.
The immigrants were told to go to a beach in Beni Saf, where after paying they were put onto a rubber dinghy which took them to the fishing boat.
The 50-year old owner, who skippered the craft, positioned the immigrants for the journey according to their height and weight. He told his crew that in the event of being caught they were to say they had operated the navigation system between all of them.
As the journey progressed crew members had to start bailing out water. They also threw a number of fuel drums and a compass overboard.
The boat owner has been charged with a crime against the rights of foreign citizens.