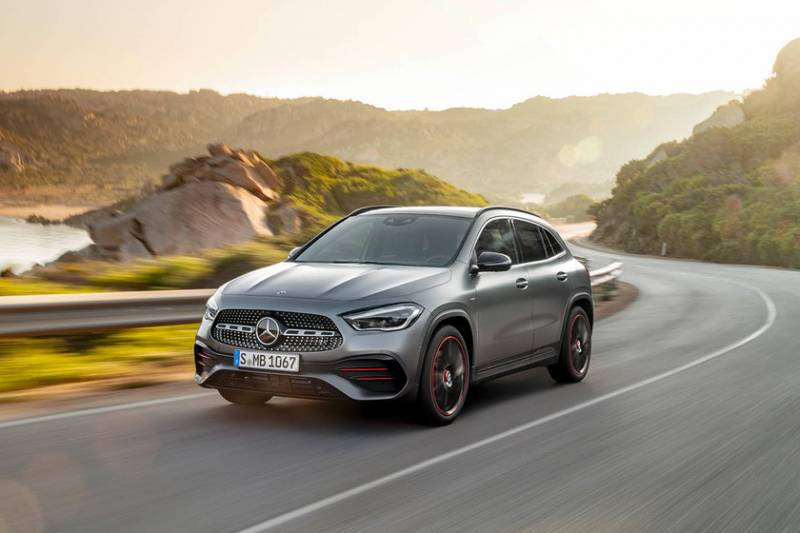 MERCEDES has revealed the second generation GLA with promises of new technology and greater comfort.

On the outside, the new GLA body features reduced lines and accentuated planes that convey serene sportiness with powerful shoulders of the bodywork. Coupé-like lines of the side windows and the contoured side profile give the car its dynamically elegant flair. All-round protective cladding adds structure to the overall proportions and emphasises the vehicle’s off-road character.

The GLA can be equipped with the permanent all-wheel-drive system 4MATIC with fully variable torque distribution as an option. 4MATIC components include the power take-off to the rear axle, which is integrated into the automated dual-clutch transmission, and the rear axle differential with an integrated multi-plate clutch. Unlike the previous model, in which the actuation was hydraulic, the clutch is electro-mechanically operated. Via a two-stage spur gear and a ball ramp, an electric motor exerts an axial force on the clutch pack to open or close the plates. One element of this compact unit is the rear axle differential; this compensates the different rotational speeds of the rear wheels. The advantages of this control system are non-rpm-dependent operation across the entire actuation range and thus also the pilot control of the clutch while stationary, along with higher efficiency thanks to the ball ramp concept.

The interior instrument panel features optical “cut-outs” in the driver and front passenger area. The cut-out on the driver’s side is dominated by the free-standing display unit, which is available in three variants: with two 7-inch displays with one 7- and one 10.25-inch display and, in the Widescreen version, with two 10.25-inch displays. Included as standard is the intuitively operated MBUX infotainment system which can be individually configured with the aid of a range of options. The powerful computer, customisable presentation, full-colour head-up display and voice control activated with the prompt ”Hey Mercedes” are the key advantages of the system.

The GLA 200, with a standard seven-speed dual-clutch automatic gearbox, can do 0-62mph in 8.7sec, hit a top speed of 131mph and achieve combined fuel consumption of 50.4mpg while emitting 129g/km of CO2.