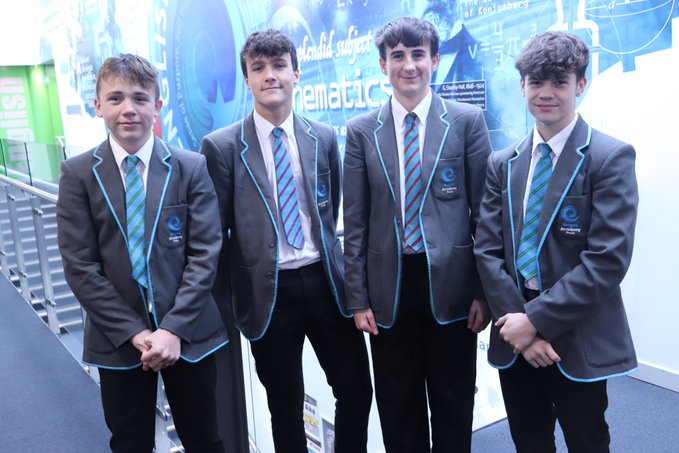 FOUR English teenagers who attend the Magna Academy school in Poole save the day for 90-year-old pensioner Alan Stanyon.

The teen boys were on their way home from school when they came across pensioner Alan Stanyon who was struggling with his electric scooter.

The mobility scooter had run out of battery one mile from the elderly man’s home.

Harley Donworth-Kent, Kaden Rocha, Finlay Hamilton and Jack Murphy didn’t hesitate to rush the man’s aid on seeing him stuck in the middle of the pavement struggling with his scooter.

The boys, all aged 14, offered their assistance and aided into pushing the buggy with Mr Stanyon sat on it for a mile all the way to the man’s house in Poole, Dorset.

When the boys safely delivered Mr Stanyon to his home he gratefully offered to pay them all a fiver for their help. Money the boys turned down.

According to the Daily Mail, it took the boys over half an hour to push the man and his scooter home.

The young lads said that when they saw Mr Stanyon struggling they didn’t think twice about going out of their way to assist him saying that it was “the right thing to do” adding “If you see someone that needs help, it’s a natural thing to do.”

They could see the man struggling and for them it was important to check he was alright and ensure that the man got home safely.

The teenagers attend the Magna Academy school in Poole and their headteacher praised them for their kindly act.

Acting headteacher of Magna Academy, Adam Potter, expressed how proud the school was of the year 10 pupils saying how wonderful it is to hear from their local community about Magna pupils helping those in need.

‘It is especially uplifting for our pupils to be recognised for such acts of kindness, we are very proud of them.’

One of Mr Stanyon’s neighbours, Diana Down, also heaped praise on the kind act of the boys, saying that too often teenagers get a bad reputation, but these four pupils did their school, community and their parents proud.